HomeNewsStrong Support For Medical Cannabis In The UK

Strong Support For Medical Cannabis In The UK 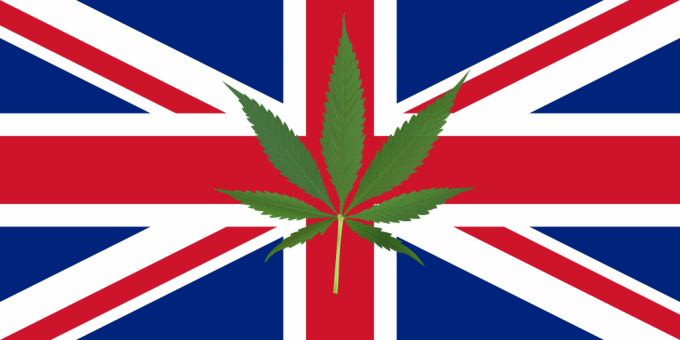 A new poll reveals 72% of Britons back legalisation for the medical use of cannabis – but for general adult use, it’s a different story.

A snap Sky Data poll suggests just 15% of the 1,001 people surveyed were opposed to the concept of legalised cannabis medicines.

Pressure has increased on the government in recent months to move ahead on this; primarily triggered by a report from the All-Party Parliamentary Group for Drug Policy Reform published in September. It recommended lawful access to medicinal cannabis in the UK; including rescheduling it from Schedule 1 to 4.

Soon after this report was published, the UK’s Medicines and Healthcare products Regulatory Agency  declared cannabidiol (CBD) a medicine. CBD is a non-intoxicating cannabinoid compound in marijuana.

Then just last week, UK parliamentarians Molly Meacher and Nick Clegg defended cannabis for use in medical applications, stating the UK’s scheduling “looks ever more absurd” as a result of the All-Party Parliamentary Group’s findings.

While support for medical cannabis is certainly strong both at a citizen and (it would appear) political level, the wheels of government move slowly and it may be some time before it is legally available.

Muddying the waters somewhat is the call for legalising marijuana generally; an issue that can confuse people and may slow down progress on allowing medicinal cannabis.

General legalisation is far less popular among Britons. The Sky Data poll suggests 46% of those surveyed were opposed, with just 37% in favour. The remaining 17% did not express a preference or did not know.

VICE points out that back in 1998, there was a huge push for legalising marijuana in the UK; culminating in an estimated 15,000 to 25,000 people lighting up in Hyde Park. Within a few years, the campaign faded.

Even though legalising marijuana could rake in a billion pounds in tax revenue each year; the Home Office appears quite firm:

“This government has no plans to legalise cannabis,” according to a spokesperson.

For those who really want to see general legalisation, the best first step is putting their efforts into getting medicinal cannabis across the line – this is the important stepping stone that has seen adult-use marijuana being made legal in parts of the USA.

Previous articleTexas CBD Vendors Face Massive License Fee Increase
Next articleCannabis Oil Now Legal In The Cayman Islands
Gillian Jalimnson
Gillian Jalimnson is one of Hemp Gazette's staff writers and has been with us since we kicked off in 2015. Gillian sees massive potential for cannabis in areas of health, energy, building and personal care products and is intrigued by the potential for cannabidiol (CBD) as an alternative to conventional treatments. You can contact Gillian here.
RELATED ARTICLES
News