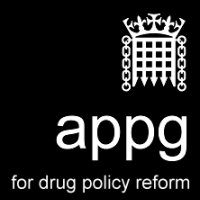 The UK’s All-Party Parliamentary Group for Drug Policy Reform has published a report following its inquiry into medicinal cannabis – and the news is good.

The report is the result of a 7 month investigation, which also involved an independent review of global evidence surrounding the use of medical marijuana.

Research associated with the inquiry found good evidence for the use of cannabis in the management of chronic pain. It also found moderate evidence of benefits in treating in sleep disorders, chemotherapy related appetite issues, fibromyalgia, Post-Traumatic Stress Disorder ( PTSD) and for some symptoms of Parkinson’s disease; plus limited evidence to support its use in treating various other condition.

“There is a sizeable population of patients in the UK who have found that medicinal cannabis works for them. For many, it is the only substance that brings them relief from their symptoms,” states the report; which says given the evidence compiled, continued listing of cannabis under Schedule 1 is “irrational”.

In the UK, Schedule 1 drugs are those considered to have no therapeutic value and as such, cannot be lawfully possessed or prescribed.

The report recommends the UK government accepts the evidence from the inquiry and moves to introduce a system enabling lawful access to medicinal cannabis in the UK; which includes rescheduling it from Schedule 1 to 4.

The inquiry supports a program run under the German model, which it says has “characteristics that ensure much wider availability of medicinal cannabis to patients”. The inquiry also encourages the Government to decriminalise growing small quantities of cannabis at home for medicinal use.

The report, ” Access to medicinal cannabis: meeting patient needs”, can be viewed in full here (PDF). It was accompanied by the release of a companion document: Cannabis: The Evidence for Medical Use, prepared by Professor Mike Barnes.

The reports have been well-received, with a number of British MP’s indicating support for the recommendations – including the shadow leader of the House of Commons. Some MP’s are also directly involved with the APPG for Drug Policy Reform.

“Many hundreds of thousands of people in the UK are already taking cannabis for primarily medical reasons. It is totally unacceptable that they should face the added stress of having to break the law to access their medicine,” said Caroline Lucas MP, co-chair of the Group.

“This a matter of compassion and human rights. The government should have the political courage to view the issue of medical cannabis separately from any wider drugs reform and act urgently.”

The APPG for Drug Policy Reform began its work in January 2011.