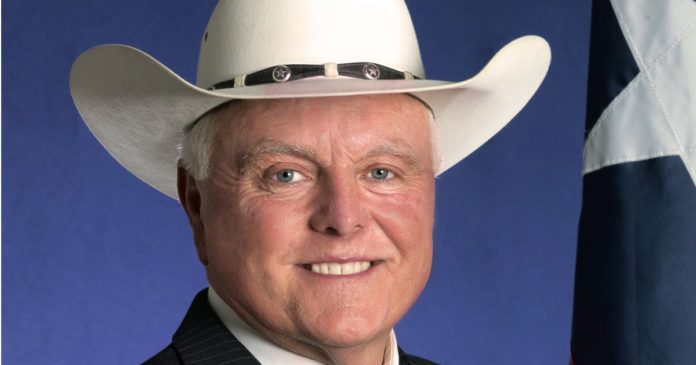 Commissioner Miller has been a solid supporter of hemp for years and has stated his case for expansion of medical cannabis use in the state in an editorial published last week.

There is some medicinal cannabis access in Texas, through the State’s compassionate use program (CUP) administered by the Texas Department of Public Safety (DPS). It allows certain physicians to prescribe low THC cannabis for a very limited number of conditions.

While the program has improved over the years since Texas passed the Compassionate Use Act in 2015, it still lags behind those of many other US states – leaving Texans who could benefit from medical cannabis without legal access and needlessly suffering.

Commissioner Miller argues it is time to expand the program, saying cannabis prohibition reflects the failed alcohol prohibition of the 1920’s, and that it came from a place of fear rather than medical science.

“Today, in the 21st century, this must end,” he says. “We must start with a new chapter and a new attitude about the use of cannabis – especially when it comes to its potential medicinal benefits.”

The Commissioner says it’s his goal in 2023 to expand the compassionate use of cannabis products in Texas  to the point that every Texan with a medical need has access.

“When four out of five Texans support compassionate use, we need to have state law and state policy reflect that desire,” he said. “I will urge our state legislature and our Governor to make that a top priority in the upcoming legislative session.”

“We owe it to our fellow Texans, especially those who are suffering, to lead or just get out of the way if we cannot formulate effective cannabis policy for Texas.”

In terms of recreational cannabis, he says while other states have introduced legal sales, he isn’t sure if Texas is ready to go that far. Back in 2018 when urging on Congress to lift the ban on hemp production in the United States, he said reintroducing hemp to Texas would not be the thin edge of the wedge leading to the legalizing of marijuana.

Previous articleWellnex Life, OneLife Team Up On Cannabis
Next articleVermont Shifting Hemp Production Oversight To Feds
Terry Lassitenaz
Terry Lassitenaz writes exclusively for Hemp Gazette and has done so since the site launched in 2015. He has a special interest in the political arena relating to medical cannabis, particularly in Australia, and addressing the many myths surrounding this incredibly useful plant. You can contact Terry here.
RELATED ARTICLES
News