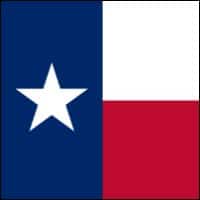 The Texas Hemp Industries Association (TXHIA) has responded to recent pharmacy raids in Austin; saying the hemp products seized were lawful for sale.

In what may have been a case of mistaken identity, the Texas Department of Public Safety (DPS) raided four branches of People’s Pharmacy and confiscated a number of cannabidiol-based (CBD) products; extracted from industrial hemp.

Cannabidiol is a non-intoxicating compound found in industrial hemp; sought after for its therapeutic benefits.

“Industrial hemp products are safe, legal and can be purchased on-line or on the shelves of hundreds of retail locations in Texas, said Coleman Hemphill, TXHIA Executive Director.

“Thousands of Texans have purchased and benefited from the use of industrial hemp products such as hemp hearts*, protein, milk, cosmetics, and CBD oil.”

The TXHIA was not overly critical of the raids, stating a mistake had possibly been made through an impression the CBD oil had been sourced from marijuana – which is considered a cannabis plant with levels of the psychoactive compound tetrahydrocannabinol (THC) 0.3% or more. Marijuana/medical cannabis is subject to DPS regulations and falls under the state’s  Compassionate Use Act.

The Compassionate Use Act enables qualifying patients access to cannabis that contains 10% or more cannabidiol and not more than 0.5% THC. It must be prescribed and is only available to patients suffering from one of a very limited set of conditions.

TXHIA says it has a good relationship with the DPS and there have been “open and forthright” communications regarding this incident. According to KXAN, no arrests were made by the DPS and no additional action has been taken as yet.

“We appreciate DPS’s diligence to insure product and public safety,” said Sheila Hemphill, TXHIA Policy Director ” This investigation will bring much needed clarity to the public regarding the legality of industrial hemp CBD products containing 0.3% or less THC. We are optimistic for a good outcome for all parties.”

Assuming the DPS is in error, it wouldn’t be the first to make it. Industrial hemp was unnecessarily lumped in with marijuana in many countries years ago and its reputation damaged as a result. As one of the planet’s most useful plants, the sooner industrial hemp can shake the stigma, the better.

Previous articleMichigan Medical Marijuana Bills Pass
Next articleMedical Cannabis Again Linked To Opioid Use Reduction
Terry Lassitenaz
Terry Lassitenaz writes exclusively for Hemp Gazette and has done so since the site launched in 2015. He has a special interest in the political arena relating to medical cannabis, particularly in Australia, and addressing the many myths surrounding this incredibly useful plant. You can contact Terry here.
RELATED ARTICLES
News