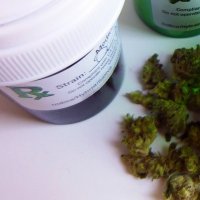 Conducted at Columbia University’s Mailman School of Public Health, the study reviewed 1999-2013 Fatality Analysis Reporting System data from 18 U.S. states that tested at least 80% of drivers who died within one hour of a car accident for alcohol and other drugs; focusing on drivers aged 21 to 40 that tested positive to opioids.

The study, published in the American Journal Of Public Health concluded:

“Operational MMLs are associated with reductions in opioid positivity among 21- to 40-year-old fatally injured drivers and may reduce opioid use and overdose”.

The study will likely raise a few other questions from those against medical marijuana that the researchers weren’t seeking to address; such as – what role, if any, did the use of medical cannabis have in these fatalities?

The study follows other research published in June stating opioid abuse is less prevalent in MML states. An estimated 5.4% abuse prescribed opioid medication in states where medical cannabis is illegal; whereas in states with MML,  the rate drops to just 2.8%.

There’s been a great deal of academic interest in marijuana’s potential to help address North America’s opioid prescription abuse crisis; which was fully thrust into the spotlight after the death earlier this year of music legend, Prince. The largest harm reduction study ever undertaken will soon commence in Canada, a project that will see Canada’s National Access Cannabis  collaborating with the USA’s Phytosciences Consultants.

Previous articleRecent Hemp Oil Raids Elicit Texas Industry Body Response
Next articleHemp Awareness Week Kicks Off In New Zealand
Gillian Jalimnson
Gillian Jalimnson is one of Hemp Gazette's staff writers and has been with us since we kicked off in 2015. Gillian sees massive potential for cannabis in areas of health, energy, building and personal care products and is intrigued by the potential for cannabidiol (CBD) as an alternative to conventional treatments. You can contact Gillian here.
RELATED ARTICLES
News