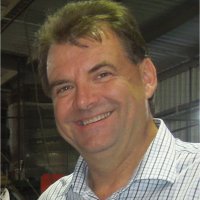 Another Member of Parliament in Queensland has thrown his support behind medical hemp.

Stephen Bennett MP has acquired a new found respect for industrial hemp after visiting a property in Bundaberg that is cultivating an oil-rich strain of the plant. Medical-grade hemp can contain very high levels of sought-after non-intoxicating cannabidiol (CBD), but very small amounts of tetrahydrocannabinol (THC).

He has called for a Parliamentary Inquiry concerning regulation of the industry as growers have been hitting “road blocks”, including the producer he was visiting.

“The producer is developing an industrial hemp oil variety that could potentially be used for export as a medicine if the regulation allowed export to countries that allow medicinal cannabis,” Mr Bennett said.

Mr. Bennett has also reached out to his constituents via Facebook.

“Discussing the great potential to grow hemp for fibre, food and medical purposes in the Bundaberg and Burnett,” he states. ” Fantastic to have these opportunities and expertise in our region. I’d love your feedback on the growing of hemp for fibre and medicinal purposes.”

Industrial hemp and medical cannabis are becoming hot topics in Queensland – and politicians and would-be politicians are reacting to public sentiment.

Last year, a petition sponsored by Member for Buderim Steve Dickson (LNP) concerning medical cannabis  attracted more than 5,500 signatures. The petition called for whole plant cannabis therapies be made available to anyone who could benefit from their use.

Last month, a Fraser Coast mayoral candidate announced she wishes to see land earmarked for a sports precinct instead utilised as an industrial hemp farm.

Under tightly controlled conditions and with the appropriate licence, commercial production of industrial hemp fibre and seed can be carried out in Queensland. However, the licences do not permit the cultivation of hemp for medicinal use – and this is probably one of the most lucrative and beneficial applications.

While Queensland will soon have a medical cannabis program; it will initially be confined to patients with multiple sclerosis and the drug to be used – based on cannabidiol – will be sourced from a company in the UK.

Previous articleIndustrial Hemp Bill Passes In South Dakota
Next articleAustralian Medicinal Cannabis Legislation Introduced
Terry Lassitenaz
Terry Lassitenaz writes exclusively for Hemp Gazette and has done so since the site launched in 2015. He has a special interest in the political arena relating to medical cannabis, particularly in Australia, and addressing the many myths surrounding this incredibly useful plant. You can contact Terry here.
RELATED ARTICLES
News