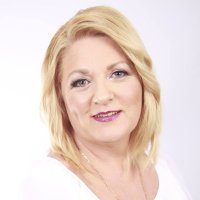 A Fraser Coast mayoral candidate wants to see land in Nikenbah that has been earmarked for a sports precinct instead utilised as an industrial hemp farm.

Jannean Dean and division nine candidate Jeanette Maynes believe a hemp farm on the 60+ hectare site would provide a significant economic boost for the area.

“It will create a lot of jobs if we have the regional infrastructure in place,” Ms Dean said.

Ms. Maynes believes once proven successful, the project could be duplicated in Maryborough.

Under controlled conditions and with the correct licence, commercial production of industrial hemp fibre and seed can be carried out in Queensland; but gaining the necessary permits is by no means an easy feat.

Among the many conditions is that the industrial hemp must have been specifically bred to have tetrahydrocannabinol (THC) levels of no more than 1%. THC is the intoxicating compound that can be present in levels of 15% or more in some strains of medicinal cannabis.

The licence does not permit for the cultivation of hemp for medicinal use. While industrial hemp is very low in THC, it can contain commercially viable quantities of a non-psychoactive compound believed to have significant therapeutic qualities – cannabidiol (CBD).

Ms. Dean not only supports industrial hemp, but also the use of medicinal cannabis.

“Legalizing Medical Cannabis could be done tomorrow very easily. Please save the millions of dollars on wasted trials and beseech the Government to give the big ✔(sic) so those suffering can get the much needed Medical Cannabis now,” Ms Dean states

“Considering that up until about 85 years ago, cannabis oil was used around the world to treat a variety of diseases, including cancer, it is not surprising that the phasing out of cannabis to treat illness coincided with the rise of pharmaceutical companies.”

However, a new generation of pharmaceutical companies with a focus on cannabis are rising – and with that comes a growing amount of credibility for marijuana based medicines.

Concerning the idea of a hemp farm instead of a sporting facility, current mayor Cr Gerard O’Connell, has apparently not provided much in the way of comment on Ms. Dean’s plan, except to say the region’s population “deserved better and deserved more”.

Previous articleMarijuana For Maui?
Next articleFlorida Medical Cannabis Petition Tops 540,000 Signatures
Gillian Jalimnson
Gillian Jalimnson is one of Hemp Gazette's staff writers and has been with us since we kicked off in 2015. Gillian sees massive potential for cannabis in areas of health, energy, building and personal care products and is intrigued by the potential for cannabidiol (CBD) as an alternative to conventional treatments. You can contact Gillian here.
RELATED ARTICLES
News