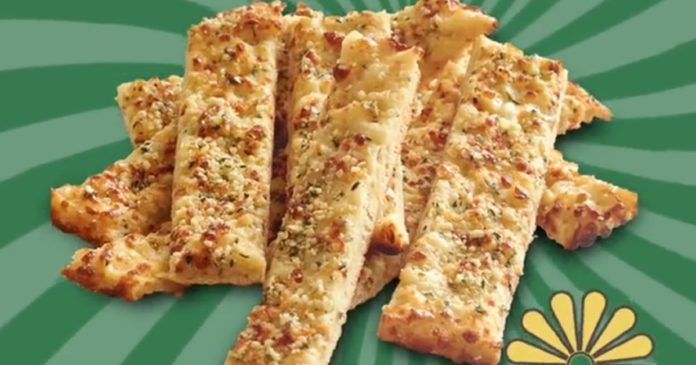 A US-headquartered multi-national pizza chain is giving cannabis a whirl on its menu in a couple of markets.

Papa John’s International, Inc is the fourth largest pizza delivery restaurant chain in the United States, and also has a presence in various European and Latin American countries.

In Russia and the UK, the company has recently added cannabis to its menu in the form of “hemp sticks”. There’s nothing illegal going on here, these items are just garlic pizza sticks topped with organic hemp seeds and cheese in the UK.

While the addition has created quite a bit of buzz, customers consuming these hemp sticks won’t experience any. Hemp seeds have next to zero THC (tetrahydrocannabinol), the intoxicating cannabinoid associated with marijuana’s high.

While marijuana is cannabis and so is hemp, they are two different plants; with hemp by legal definition having far lower THC levels generally, even in the flower.

The use of hemp seed at Papa John’s is another example of the growing acceptance of hemp in the western world after it was demonised for decades.

The last country in the world to end the ridiculous ban on hemp seeds was Australia – it wasn’t until late 2017 when a ban on the sale of hemp seed foods was finally officially lifted, and a few months after that products became available.

Fast forward to today, and hemp products can be found on the shelves of the largest supermarket chains in Australia.

While garlic pizza sticks with hemp seeds wouldn’t really be considered a healthy food – hemp seeds are. The seed has been referred to a superfood, and unlike some other fad foods given this status it’s probably more deserving.

Hemp seeds (technically a nut) are packed with nutritional value and are a versatile food source with a pleasant nutty/earthy flavor. They have very high protein levels – up to around 30% – and are also high in beneficial fatty acids.

But beyond food, the seed has many other uses – hemp seed oil (which shouldn’t be confused with cannabis or CBD oil) is also growing in popularity as a base for personal care products.

Previous articleCould Medical Cannabis Tackle Obesity?
Next articleUSDA Releases National Hemp Report
Gillian Jalimnson
Gillian Jalimnson is one of Hemp Gazette's staff writers and has been with us since we kicked off in 2015. Gillian sees massive potential for cannabis in areas of health, energy, building and personal care products and is intrigued by the potential for cannabidiol (CBD) as an alternative to conventional treatments. You can contact Gillian here.
RELATED ARTICLES
News