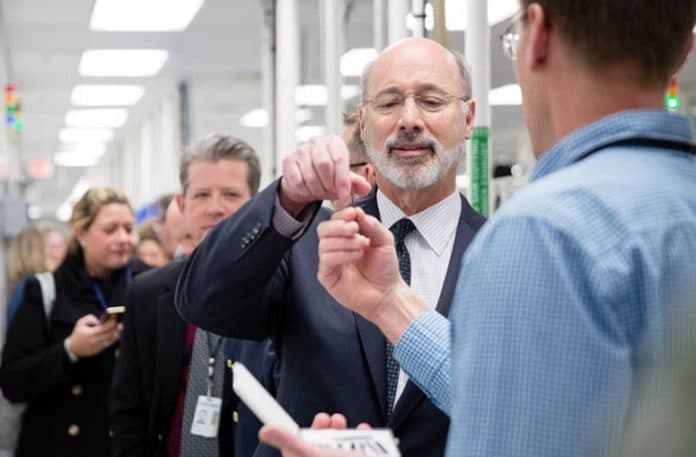 In medical cannabis news out of Pennsylvania, eight universities have been approved as Certified Academic Clinical Research Centers and the qualifying conditions list for patients has been expanded.

“The research component of Pennsylvania’s medical marijuana program sets it apart from the rest of the nation,” said the Governor. “Pennsylvania’s premiere medical schools will be able to help shape the future of treatment for patients who are in desperate need not just here, but across the country.”

Also announced were temporary regulations developed by the state’s Department of Health in connection with recently published Medical Marijuana Advisory Board recommendations. Among those were expanding the qualifying conditions list to include neurodegenerative diseases, terminal illness, dyskinetic and spastic movement disorders and opioid-use disorder.

The latter has been a particularly pressing issue as opioid abuse has hit crisis levels in the state. Earlier this year, Governor Wolf issued an Opioid Disaster Declaration.

“By adding opioid-use disorder as an approved medical condition under the program, we not only give physicians another tool for treatment of this devastating disease, but we allow for research to be conducted on medical marijuana’s effectiveness in treatment,” Secretary of Health Dr. Rachel Levine.

Dr. Levine stressed medical marijuana will only be available to patients if all other conventional treatments fail, or if a physician recommends its use as an adjunct to traditional therapies.

Among the other recommendations made by the Board is no longer requiring patients to use opioid medication before being permitted to use medical marijuana and enabling it to be dispensed in dry leaf or plant form, for vaping purposes.

More than 37,000 patients have registered to participate in Pennsylvania’s medical marijuana program and 16,000+ who have received identification cards have acquired medicines at a dispensary. Dispensaries began operation in the state in February this year.

The Governor’s office reports 1,000 physicians have registered for the program, with more than 600 certified as practitioners.

Pennsylvania became the 24th US state to legalize medical marijuana after Governor Wolf signed a related bill into law back in April 2016. The Governor is also a strong supporter of industrial hemp. Earlier this year, 1,000 acres of land for cultivation of industrial hemp was approved for 2018.