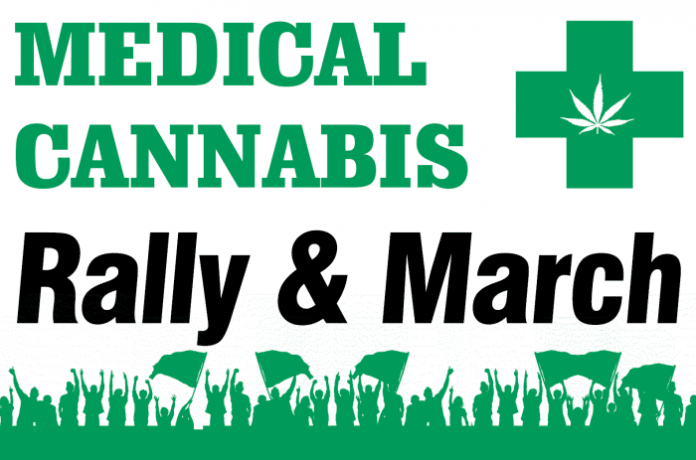 Speaking to The AM Show on early this week, the PM said there was already a legal route for patients to access cannabis medicines, made a little easier by recent changes.

“As far as we can see, that’s going to work pretty well and we don’t want to take it any further,” he’s reported as saying.

“We don’t want an official marijuana industry. We’re not going to be legalising it.”

It seems the PM and other have fears that medical marijuana could be the thin edge of the wedge and lead to a push for legalising for recreational use.

According to Auckland Patients Group, one in twenty Kiwis are now using medicinal cannabis; with much of it sourced via illegal channels.

“Bill English and Peter Dunne say they allow ‘compassionate’ access to medicinal cannabis, but the criteria are too strict, the process is too slow and pharmaceutical derivatives are too expensive,” states a coalition of organisations, including Auckland Patients Group.

One of those pharmaceutical products is Sativex, which can cost anywhere between NZD $1,000 and $1,500 a month. While there is another product approved for use in New Zealand that costs around half the price of Sativex, it’s still a significant amount of money to spend on an ongoing basis.

Prime Minister English’s comments have triggered the announcement of a rally later this month. The Medical Cannabis March will be held in Saturday 22nd April 2017, starting in Aotea Square in Auckland at 1pm.

The PM seems to be at odds with the general view of medical cannabis among New Zealand’s voters. Surveys in March and September last year indicate very strong support – and that could mean trouble at the polls later this year.

“Bill English has finally dispelled the myth that the current government is ever going to do anything,” said Chris Fowlie, spokesperson for NORML. “Now we know the only way to change the law is to change the government.”

Previous articleSouth Australian Doctors Battle To Prescribe Medicinal Cannabis
Next articleHawaii Shies Away From “Marijuana”
Steven Gothrinet
Steven Gothrinet has been part of the Hemp Gazette in-house reporting team since 2015. Steven's broad interest in cannabis was initially fueled by the realisation of industrial hemp's versatility across multiple sectors. You can contact Steve here.
RELATED ARTICLES
News