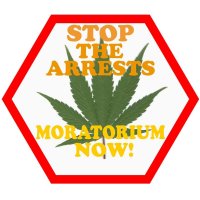 This weekend will see medicinal marijuana supporters gather outside police stations across the land of the long white cloud to support legalising of cannabis for medical purposes.

One of the coordinators of the “Stop The Arrests” rallies is Rose Renton; who lost her son last year after he lost a lengthy battle with a rare form of epilepsy.

We first mentioned Ms. Renton in February, after she lashed out at a report claiming medical cannabis her son was administered was ineffective. Ms. Renton said the medicine was providing benefit, but administering it was delayed due to New Zealand’s regulations.

The rallies will aim to educate and raise awareness. Rather being anti-police; the event will also seek their support.

“Cannabis is known around the world as a medicine, it’s about education and standing together and supporting the police,” said Ms. Renton.

While the event is intended to be peaceable, it appears there will be some civil disobedience involved – smoking cannabis. According to the “Stop The Arrests” event page on Facebook:

“From 4:00 until 4:18 will be smoke free. At this time those police that wish to exercise their democratic right to protest must be allowed to join us. As we will not be doing anything illegal at this time there should be no issue. At 4:18 the police will be told that we are about to ‘light up’ and asked to go back inside, “so that they do not see or smell anything.”

The loss of  Rose Renton’s son Alex was a tragedy – but his death has not been in vain. It has been one of the important events to trigger a national debate on the issue. It should be pointed out that Alex was not smoking cannabis to manage his condition, but taking a medication called Elixinol, which is based on the non-intoxicating cannabinoid cannabidiol (CBD).

Support for cannabis medicines in New Zealand is very strong. A recent poll indicated 76 per cent of those surveyed agreed New Zealand’s parliament should change laws to enable patients suitable and affordable access to medicinal cannabis and related products; with just 12% opposing.

Pressure is mounting on NZ lawmakers to take heed of overwhelming public opinion – and for those in government it’s becoming an increasingly tricky issue given general elections in New Zealand are to be held next year. It may well be the issue of medical marijuana becomes a vote shifter.

Previous article
Hemp Home Featured On Sustainable House Day
Next article
Report Supports Medical Cannabis In The UK
Gillian Jalimnson
Gillian Jalimnson is one of Hemp Gazette's staff writers and has been with us since we kicked off in 2015. Gillian sees massive potential for cannabis in areas of health, energy, building and personal care products and is intrigued by the potential for cannabidiol (CBD) as an alternative to conventional treatments. You can contact Gillian here.
RELATED ARTICLES
News