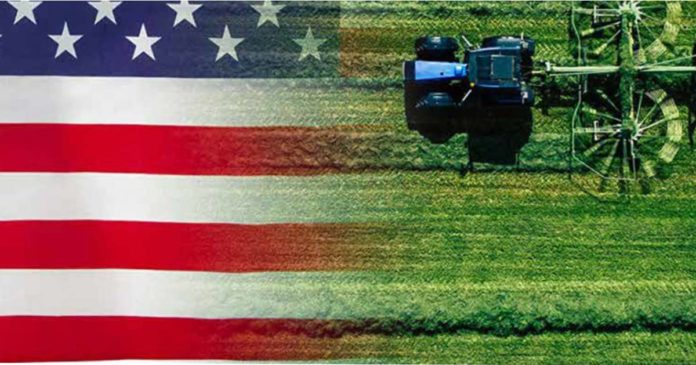 The USA’s National Hemp Association has produced an action plan touching on how hemp can be incorporated into the major climate initiatives identified by the Biden Administration.

The plan, submitted to the White House, USDA and the U.S. Senate Committee on Agriculture, indicates hemp can play an important role in a number of sectors; including transport, energy, housing and environmental justice. These and others are sectors will receive attention during the first 12 months of the new administration under the Biden-Harris National Climate Action Plan.

“Hemp, America’s newest commodity crop, will be at the forefront of this regenerative economic and social shift; helping create jobs, clean our soil and air, and introduce sustainable new products once only dreamed about,” said a very optimistic National Hemp Association Chair Geoff Whaling.

While acknowledging hemp won’t solve the climate crisis on its own, the plan says the crop is one of the simplest and most powerful tools that can be used in achieving President Joe Biden’s commitment to net-zero emissions, while revitalizing rural economies.

The National Hemp Association action plan can be viewed here.

The USA is already a major consumer of hemp products that up until relatively recently were pretty much all imported from overseas. NHA says the United States represents ninety percent of the worldwide market for hemp products; roughly $620 million retail in the U.S. annually – and is growing. That figure seems rather low – but it may not include hemp derived cannabidiol, which has really taken off in the US. Statista states U.S. consumer sales of cannabidiol (CBD) hit $1.198 billion in 2020 and are expected to reach around 1.8 billion U.S. dollars by 2022.

After being (legally) absent in the American landscape for more than 85 years, hemp became a legal commodity crop again thanks to the Hemp Farming Act of 2018; part of the 2018 Farm Bill.

“NHA looks forward to working with Congress and the Biden Administration to help achieve a sustainable future using hemp,” says the organisation.

The Association acts as a hub for industrial hemp growers, processors, manufacturers, researchers, educators and investors.

Previous articleCash For Ireland’s Medical Cannabis Scheme
Next articleAustralian Companies Tapped To Provide Free Cannabis Medicines In France
Terry Lassitenaz
Terry Lassitenaz writes exclusively for Hemp Gazette and has done so since the site launched in 2015. He has a special interest in the political arena relating to medical cannabis, particularly in Australia, and addressing the many myths surrounding this incredibly useful plant. You can contact Terry here.
RELATED ARTICLES
News