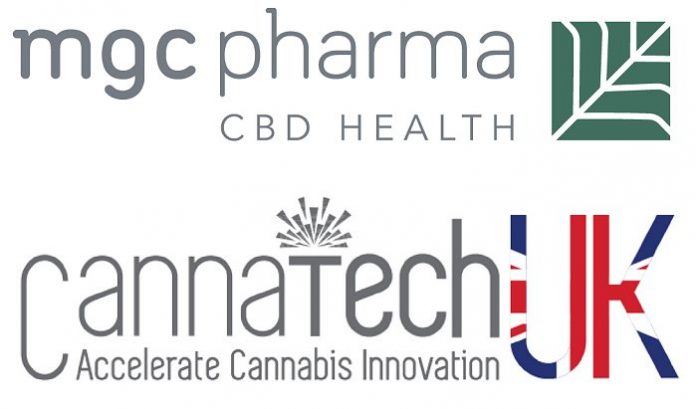 Australia-based MGC Pharmaceuticals is sponsoring CannaTech UK 2017, to be held at the Old Truman Brewery in East London’s arts and media quarter on October 25 and 26.

As well as sponsoring the event, Dr Neubauer and Ron Lipsky from MGC Pharmaceuticals will also be speaking at the conference.

Dr Neubauer recently conducted a clinical study to assess a medical cannabis formulation in children with treatment-resistant epilepsy. Ron Lipsky is the company’s Manager of Business Development and International Relations.

In addition to MGC Pharmaceuticals representatives, more than a dozen other industry and medical professionals will be speaking at the conference.

In other news from MGC, Mr. Zomer recently published a letter to shareholders outlining the company’s recent progress. Mr. Zomer stated MGC Pharmaceuticals was on the brink of commencing its Phase 2 clinical study for epilepsy, pending final regulatory approval in Slovenia. The company also recently finished construction and testing of a cleanroom at its European extraction facility and is awaiting relevant certification.

In Australia, the company is collaborating with Royal Melbourne Institute of Technology on a project to oversee cannabis research activities at RMIT.

“This will lead to immediate in-vitro pharmaceuticals research in Melanoma cancer and the establishment of the first world Cannabinoids Medicine Library, as well as various other projects and viable commercialisation opportunities where MGC Pharmaceuticals and RMIT researchers are focused on determining the correct phytocannabinoid genotypes treating specific medical indications,” said Mr. Zomer.

MGC Pharmaceuticals has also recently submitted an application to the Australia’s Office of Drug Control (ODC) for a medicinal cannabis cultivation and research license in connection to its partnership with RMIT.

MGC has three divisions – Pharma, focusing on medical research and development of the company’s pharmaceutical products; a Botanic division for supplying suitable raw materials and Derma; which deals with developing and commercialising the company’s cosmetics and dermatologically tested products.

Last year, the company published a couple of whitepapers – one dealing with medical cannabis is relation to treating epilepsy, cancer and multiple sclerosis and another on the current and future market for medicinal marijuana in Australia.

Previous articleSeattle Cancer Patients Turning To Cannabis
Next articleHemp, Health & Innovation Expo Melbourne 2017
Terry Lassitenaz
Terry Lassitenaz writes exclusively for Hemp Gazette and has done so since the site launched in 2015. He has a special interest in the political arena relating to medical cannabis, particularly in Australia, and addressing the many myths surrounding this incredibly useful plant. You can contact Terry here.
RELATED ARTICLES
News