HomeNewsMGC Nutraceuticals To Be Acquired By U.S. Firm

MGC Nutraceuticals To Be Acquired By U.S. Firm 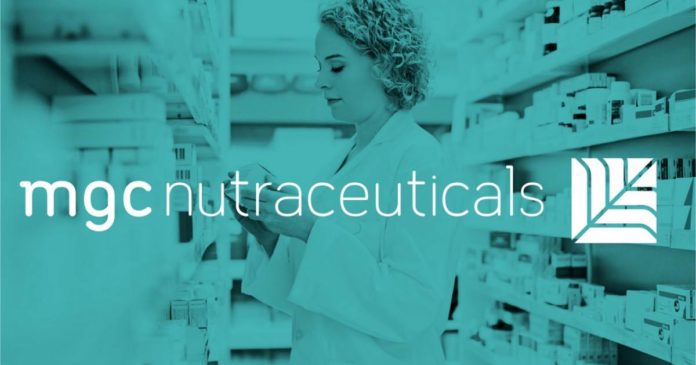 MGC Pharmaceuticals (ASX:MXC) announced last Thursday it was selling its nutraceuticals division to a U.S. firm.

The company said it had signed a binding acquisition agreement to sell 100% of its MGC Nutraceuticals subsidiary to Onassis Holdings Corp. MGC will receive USD $6 million worth of shares in Onassis, but also an exclusive CBD supply and proprietary production IP agreement.

MXC says the sale of MGC Nutraceuticals will allow it to focus on its core business of executing its growth strategy. The company has a number of other irons in the fire; including a formulation & development unit, private label production, and more recently, the development of disinfection devices.

As part of the agreement, Onassis is to complete a US$8.5m raising. $2.5 million of that is to be dedicated to expanding and growing the MGC Nutraceuticals operations in the US.

“This is a milestone transaction for MXC, with the potential to realise significant value for our Company and shareholders,” said MGC Pharma Co-founder and Managing Director Roby Zomer. “We are very pleased that MGC Nutraceuticals will have the opportunity to further develop and grow under the expertise of the Onassis team.”

Onassis was previously a mineral exploration and development company only. In September last year, it changed its corporate name to Onassis Holdings Corp to reflect “the Company’s change to acting as a holding company for health care products, cosmetics, biotech, CBD infused product”. It formed a new wholly-owned subsidiary named Ananda Labs, Inc. for this activity, while the Onassis Gold subsidiary was to continue to focus on mining licenses.

Aside from that, there appears to be little recent publicly available news about the firm.

As for market reaction to the deal, at closing on Thursday, MXC shares were 2.4c – no change and continuing to be well down on a 52-week high of 6.2c.

MGC Nutraceuticals was launched in 2018. There’s a discussion about the transaction with Onassis on the HotCopper forums.

In other recent news from MGC Pharma, last week the company also announced it had signed a Binding Term Sheet with Israeli cannabis company IM Cannabis Corp for the exclusive importation, sale and distribution of MGC’s CannEpil product in Israel for a period of five years. CannEpil is high CBD, low THC (20:1) formulation for the treatment of people with refractory (drug-resistant) epilepsy. In December last year, MGC secured formal approval for the sale of CannEpil in Ireland.

Previous articleAustralia: Cannabis As Medicine Survey Results
Next articleAustralian Government Improves Medical Cannabis Export Legislation
Terry Lassitenaz
Terry Lassitenaz writes exclusively for Hemp Gazette and has done so since the site launched in 2015. He has a special interest in the political arena relating to medical cannabis, particularly in Australia, and addressing the many myths surrounding this incredibly useful plant. You can contact Terry here.
RELATED ARTICLES
News