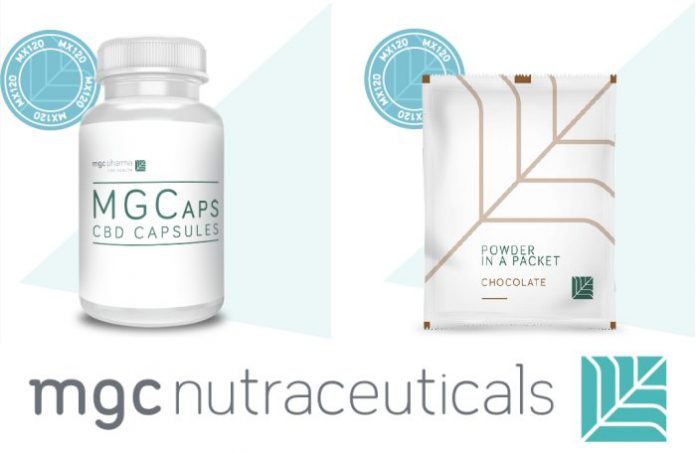 “MGC’s Nutraceuticals range taps into the large and growing health supplement market, providing a CBD and hemp protein-based range of products to consumers that believe in the health benefits derived from CBD and hemp,” said Roby Zomer, Co-founder and CEO.

Nutraceuticals can contain all sorts of weird and wonderful ingredients, with their manufacturers making some outlandish claims, so Mr. Zomer has chosen his words wisely.

While the benefits or lack thereof of nutraceuticals generally are a topic of some debate, there is certainly demand for them. The global market according to MGC was worth USD $383.06 billion in 2016 and is expected to grow to approximately USD $561.38 billion by 20221.

Given the reported benefits of cannabidiol, MGC’s nutraceutical venture could generate a lot of interest.

The company claims the products, which are to be taken daily, promote normal immune system function, improve stress protection and maintain muscle and bone structure. The claims, it says, have been made in accordance with the main EU legislation for the use of health claims on foodstuffs.

The catalogue states the company is  currently developing an online store where MGC Nutraceuticals products will be available for sale in countries where phytocannabinoid-based products are legal.

In other recent news from MGC, the company’s latest operational update states production of the first CannEpil batch (an epilepsy medicine) remains on track for completion this March.

Among the other items of note in the update, MGC Botanic has also commenced its second crop at MXC’s Czech Republic facility and the company has reported MGC Derma has seen a boost in month on month sales revenues during February.

The company also reported a collaboration with RMIT University in Australia has made headway on development of the Library of Cannabinoids, and the pair have been working on progressing an application to Australia’s Office of Drug Control
(ODC) for a medicinal cannabis research cultivation licence.