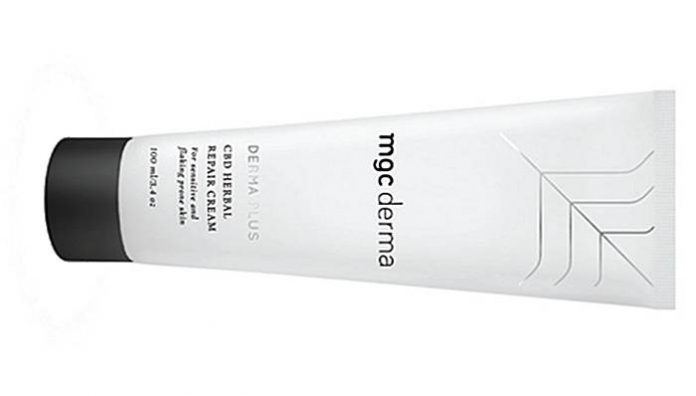 Psoriasis is autoimmune disease characterised by patches of skin that are red, itchy and scaly. It’s a fairly common condition, affecting 2–4% of the population of the western world. As well as being terribly uncomfortable for those suffering from psoriasis, its economic impact is significant. The annual US cost of psoriasis amounted to approximately USD $112 billion in 2013.

The non-intoxicating cannabinoid cannabidiol has anti-inflammatory properties, making it a good candidate for tackling skin conditions.

The company says its CBD Herbal Repair Cream has proven to provide relief for irritated and inflamed skin. The product was clinically tested to confirm its efficacy in  people with psoriasis by Dr Rok Devjak, MD PhD, at a leading dermatological clinic in Slovenia.

The CBD Herbal Repair Cream is part of MGC’s Derma Plus range, which will feature another two products in the next few months, Herbal Balm and Herbal Replenish Cream.

CBD, which can also be extracted from industrial hemp,  is being increasingly utilised in skin care products given its beneficial attributes and good safety profile.

Last year we reported University of Colorado Anschutz Medical Campus researchers found another cannabinoid, tetrahydrocannabinol (THC), may be useful in treating another skin condition called pruritus – severe itching. However, THC is a little more problematic in skin care due to its legal status in some countries.

In other recent news from MGC Pharmaceuticals, the company welcomed the announcement by the Australian Government last week to permit the export of medicinal cannabis products.

“The decision is expected to strengthen commercial opportunities for domestic producers and means that MXC will now intensify its focus and fast track plans on developing a pharmaceutical grade medicinal cannabis cultivation and manufacturing
strategy in Australia, to complement its existing operations in Europe,” stated the company.

As with many medical cannabis stocks, MGC’s share value rose on the government’s announcement.

Previous articleSessions Crushes Cole Cannabis Memo
Next articleAustralian Company Seeks To Import Medical Cannabis Tablets
Gillian Jalimnson
Gillian Jalimnson is one of Hemp Gazette's staff writers and has been with us since we kicked off in 2015. Gillian sees massive potential for cannabis in areas of health, energy, building and personal care products and is intrigued by the potential for cannabidiol (CBD) as an alternative to conventional treatments. You can contact Gillian here.
RELATED ARTICLES
News