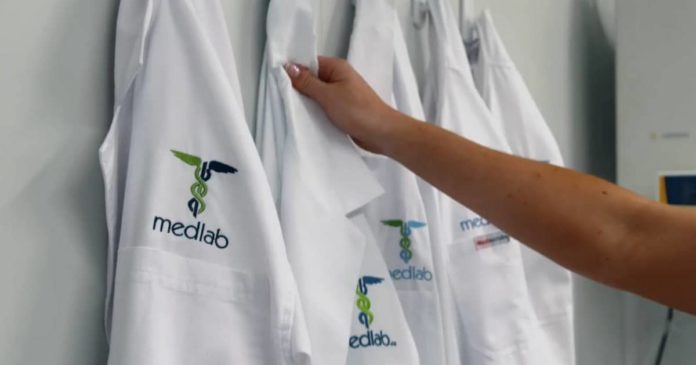 NanoCBD contains 16.67 mg/mL cannabidiol (CBD) as an active ingredient and less than 0.2% THC. It is administered using Medlab’s NanoCelle system – a sub-micron spray applied to the oro-buccal membrane, which is the mucous membrane lining the inside of the mouth.

The company also produces NanaBis; a formulation containing 1:1 ratios of CBD and THC, delivered in the same way.

The intent of the agreement between Medlab and Arrotex is to develop a fast track for the clinical package required for final lodgement of an application via the TGA for a Schedule 3 (S3) pharmaceutical. An S3 medicine is “pharmacist only”, meaning a prescription isn’t required.

In December last year, Australia’s Therapeutic Goods Administration (TGA) published its final decision on down-scheduling CBD preparations that meet certain criteria to Schedule 3 from February 1. While now legally accessible without prescription, products must be listed on the Australian Register of Therapeutic Goods (ARTG) – and none are as yet.

The Medlab and Arrotex partnership is only a non-binding Heads of Agreement at this stage, meaning it’s an agreement about an agreement – but Medlab says it’s expected a definitive agreement including commercial terms will be concluded on or before 1 July 2021.

“This is a major milestone for both the Australian market and the budding partnership between Medlab and Arrotex,” said Medlab CEO Dr Sean Hall. “Unlike many CBD producers, Medlab can deliver to the pharmaceutical standards required for TGA approval and this partnership will now enable direct application into clinical practice through Arrotex’s extensive network.”

According to Medlab, Arrotex is Australia’s largest generic pharmaceutical and private label over the counter (OTC) medicines company, and supplies medicines that make up 85% of all prescriptions written by Australian doctors.

“We recognise the significant opportunity the down-schedule of CBD to pharmacist only medicines schedule represents for both Patients and Pharmacy, and as the largest dispensary and OTC supplier in Australia, we believe Arrotex is best placed to deliver this to Community Pharmacy,” said Dennis Bastas, Chairman & CEO of Arrotex.

Given the huge amount of interest in Schedule 3 cannabidiol in Australia, a number of companies are pursuing getting products listed on the ARTG – and there’s no indication yet of who may be first across the line (or when).

Previous articleAustralian Study Examining Quality Of Life For Medical Cannabis Patients
Next articleCBD Topicals Tested
Terry Lassitenaz
Terry Lassitenaz writes exclusively for Hemp Gazette and has done so since the site launched in 2015. He has a special interest in the political arena relating to medical cannabis, particularly in Australia, and addressing the many myths surrounding this incredibly useful plant. You can contact Terry here.
RELATED ARTICLES
News