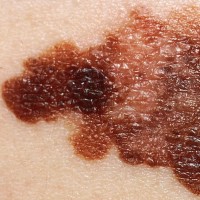 There’s been significant anecdotal evidence suggesting cannabis oil can cure some forms of skin cancer. Those claims are about to be tested through research in Australia.

The University of Canberra announced a few days ago it had inked a $1 million collaboration with Cann Pharmaceutical for a medical-grade cannabis therapy trial for melanoma patients.

To be run over two years, the  research will be led by University of Canberra Professor in molecular and cellular biology, Sudha Rao.

Israel-based Cann Pharmaceutical will provide the special strains of cannabis it has developed for the trial. The project is expected to commence the initial clinical trial phase next year.

University of Canberra Acting Vice-Chancellor Professor Frances Shannon said the University is “incredibly excited” to be taking a leading role in the  application of medicinal cannabis for Australian patients.

As a nation of sun lovers. Australia’s track record for cases of melanoma isn’t good. According to Professor Rao, around 1,800 people will die as a result of this cancer during this year. While the younger generation have generally heeded the call to cover up; melanomas can take years before they manifest. Globally, melanoma causes the greatest number of skin cancer-related deaths.

“Australians have the highest rate of melanoma in the world, with estimates of more than 13,000 new cases to be diagnosed in 2016 alone,” said the Professor.

There is already some evidence of marijuana’s healing properties with regard to melanomas.

A study published in the Journal of Investigative Dermatology last year found delta-9-tetrahydrocannabinol (THC) and cannabidiol (CBD) assisted in reducing the viability of melanoma cells.

A search via Google brings up a number of stories of people who claim to have beaten melanoma through the use of medical cannabis oil. Here’s hoping those claims are borne out by the Australian research.

Previous articleStudy: Cannabis In Opioid Harm Reduction
Next articleA Cannabis Cure For Alzheimer’s Disease?
Terry Lassitenaz
Terry Lassitenaz writes exclusively for Hemp Gazette and has done so since the site launched in 2015. He has a special interest in the political arena relating to medical cannabis, particularly in Australia, and addressing the many myths surrounding this incredibly useful plant. You can contact Terry here.
RELATED ARTICLES
News