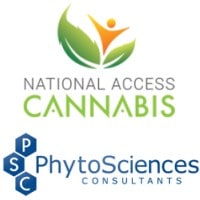 The largest harm reduction study ever undertaken involving opioids and cannabis will soon get under way in Canada.

Canada’s National Access Cannabis will be collaborating with the USA’s Phytosciences Consultants on a two-year, evidence-based cohort study. The study will examine the potential of prescribed pharmaceutical-grade cannabis as a substitute or in conjunction with opioids for the treatment of chronic pain and other acute conditions.

The progress of patients will be monitored by the research team over the period and patients will participate in periodic scientific-based questionnaires administered by pharmacists.

Like the USA, Canada is experiencing an opioid abuse epidemic. The nation’s Narcotics Control Board reports that Canadians use of opioids increased by 203% between 2000 and 2012. In Ontario, opioid overdose is the third leading cause of accidental death and killed nearly 2,500 people between 2011 and 2014.

“There is increasing evidence that cannabis can potentially be an effective treatment for chronic pain, presenting a safe and viable alternative or adjunct to pharmaceutical opiates,” according to the study’s web site.

“This landmark study will present information, options and next steps for developing effective, evidence-based policy for the potential substitution of opiates with cannabis.”

Doctors are being encouraged to enroll suitable patients in the study.

The positive impact medical cannabis could have on addressing the prescription opioid epidemic in North America could be huge.

Previous research suggests prescription opioid abuse appears to be much lower in states where medical marijuana is legal.

Last year, researchers at Columbia University found dronabinol (a pharmaceutical formulation of tetrahydrocannabinol -THC) could be useful in opioid withdrawal.

Concerns over prescription opioid abuse have been building for some time. The issue was fully thrust into the spotlight recently with the death of music star Prince, who is said to have died due to an overdose of Fentanyl – a synthetic opiate that is up to 50 times stronger than heroin.

From January to April this year, Fentanyl was detected in 56 % of all deaths from overdoses compared to 5 % in 2012 according to the British Columbia Coroners Service.

Previous articleCannabidiol Medication Trial Returns Positive Results
Next articleMarijuana’s Melanoma Healing Properties To Be Studied
Gillian Jalimnson
Gillian Jalimnson is one of Hemp Gazette's staff writers and has been with us since we kicked off in 2015. Gillian sees massive potential for cannabis in areas of health, energy, building and personal care products and is intrigued by the potential for cannabidiol (CBD) as an alternative to conventional treatments. You can contact Gillian here.
RELATED ARTICLES
News