HomeNewsCOVID And Medical Cannabis Trends In The USA 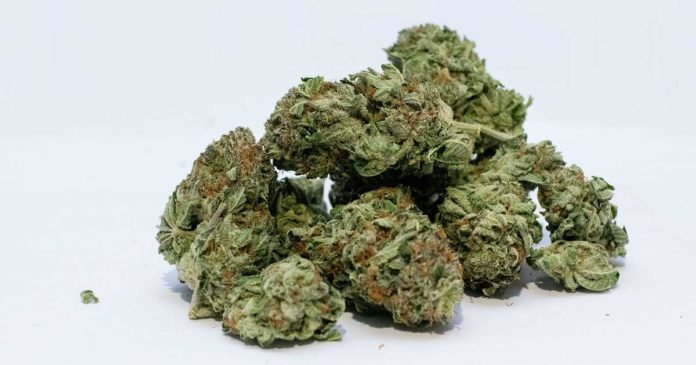 A new report finds a new main reason Americans were interested in using medical cannabis during 2020; a year many would like to forget.

The report was based details supplied by Veriheal, which has a database of around 125,000 patient assessments, and comparing sign-up and appointment numbers with Centre for Disease Control (CDC) COVID-19 tracker numbers.

While the researchers were expecting the majority of interest in cannabis would involve “Relief/Pain-Free,” the results indicated patients were most commonly looking to medical cannabis for alleviation of mental stresses in 2020. In addition to the coronavirus, other major events during the year also mentioned as a stressors were riots, protests and  the US election.

““Happy/Bliss” was found to be the most desired effect while “Relief/Pain-Free” was the second by a much lesser degree,” says Veriheal.

“Happy/Bliss” was picked 46% of the time when patients were asked the reason for their desired effect when expressing interest in medical cannabis.

When it came to the point of a confirmed appointment, the primary reason for acquiring medical cannabis was “happy” among males (42%) and “relief” for females (39%), with Verihealth saying the latter was linked to women’s and reproductive health – issues such as menstrual cramps and menopausal pains.

Veriheal says the shift in interest could “potentially reshape the entire cannabis industry as more brands, doctors, and therapists pivot towards emotional healing with medical cannabis”.

But the question needs to be asked – is it healing or in some cases, simply a crutch – and one with the potential for negative long term impacts when used in such a way? Alcohol sales also grew significantly in the USA during 2020, which wasn’t seen as a particularly good thing from a health perspective. There can be a very fine line between use and abuse.

However, what’s not clear from the Veriheal report is the types of cannabis being sought. Unlike tetrahydrocannabinol (THC), the cannabinoid cannabidiol is non-intoxicating.

The investigation was performed in collaboration with graduate students from The University of Maryland School of Pharmacy, The London School of Economics and Political Science, USC Marshall School of Business, CREA, and Cannaclub.

More detail can be viewed here.

Previous articleMassachusetts Farmland Unlocked For Cannabis Cultivation
Next articleAlabama Close To Expanded Medical Cannabis Access
Gillian Jalimnson
Gillian Jalimnson is one of Hemp Gazette's staff writers and has been with us since we kicked off in 2015. Gillian sees massive potential for cannabis in areas of health, energy, building and personal care products and is intrigued by the potential for cannabidiol (CBD) as an alternative to conventional treatments. You can contact Gillian here.
RELATED ARTICLES
News