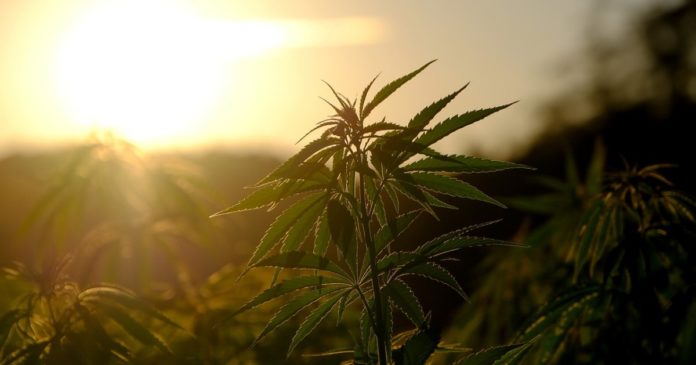 In the US state of Massachusetts, protected farmland can now be utilised for growing cannabis.

Massachusetts’ Agricultural Preservation Restriction (APR) Program, established in the 1970’s, is a voluntary program that pays owners of farmland the difference between the “fair market value” and the “agricultural value” of their land in exchange for a permanent deed restriction protecting it for future agricultural use. This prevents it from being built on by development companies for non-agricultural purposes.

Landowners with at least five acres of land with suitable soils that have been in agricultural production for the last two years can apply for the program – and there are restrictions as to what can be grown on the land from the point of being accepted.

Up until now, legal hemp and marijuana could not be cultivated on APR land, reducing opportunities for farmers to diversify and generate new streams of income – but that changed last week.

The Massachusetts Department of Agricultural Resource has reviewed its policies and recognises cannabis cultivation is a horticultural use in a manner consistent with the laws and spirit of the APR Program.

The recognition will also apply to Agricultural Covenant land programs within the Department in relation to specific regulations.

However, while  medical and adult use marijuana has been legalized in the state, it remains illegal at a federal level. While this remains the case, marijuana cultivation will not be permitted on APR and  Agricultural Covenant supported land that is federally funded. With regard to hemp production, it will still be subject to local government oversight and regulation.

Farmers wanting to grow hemp – which has been legal at a Federal level since the signing of the 2018 Farm Bill – will also still need to apply for a license from the Department and those wishing to grow marijuana  are required to obtain a license from the state’s Cannabis Control Commission.

Commenting on the new guidance, the Massachusetts Hemp Coalition said it was a “huge development” for farmers in the state.

Previous articleAustralians Warned About Fake Cannabis Medicines
Next articleCOVID And Medical Cannabis Trends In The USA
Steven Gothrinet
Steven Gothrinet has been part of the Hemp Gazette in-house reporting team since 2015. Steven's broad interest in cannabis was initially fueled by the realisation of industrial hemp's versatility across multiple sectors. You can contact Steve here.
RELATED ARTICLES
News