HomeNewsMediCabilis A Winner For Bod Australia

MediCabilis A Winner For Bod Australia 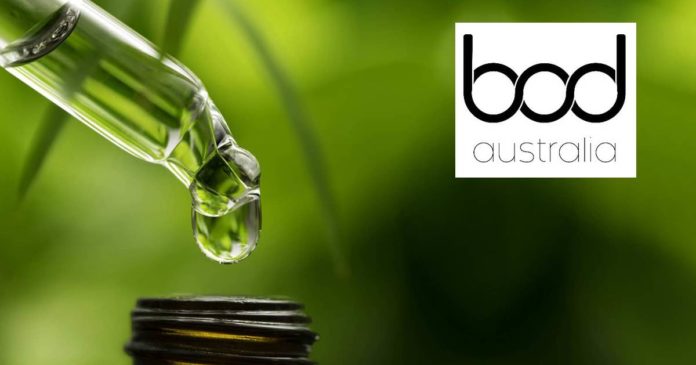 Prescriptions for Bod Australia’s (ASX:BDA) MediCabilis product saw a big jump in October according to the company.

MediCabilis is CBD based formulation in oil and wafer form, accessible for clinical trial use and for patients in Australia through the Therapeutic Goods Administration (TGA) Approved Prescriber (AP) and Special Access Schemes (SAS).

“The ongoing upward trajectory in prescription volumes has significantly added to the Company’s revenue profile and demonstrates the traction that MediCabilis™ is gaining in the Australian market with a wide range of new and repeat patients,” said the company.

Bod stated MediCabilis is being prescribed for a “range of conditions”, predominantly for patients suffering from chronic pain and anxiety. The company claims to command a 57% market share for full plant, high CBD products in Australia in terms of addressable (i.e. legal) market.

It’s been a pretty big year for the company. Among the highlights, it inked a partnership with vitamin and skincare giant Swisse Wellness for hemp-based products in March. Nine hemp-based products for the Australian market have found their way into 2,000 locations; including Chemist Warehouse, Coles, and Priceline Pharmacy. Four new cannabidiol (CBD) products were launched in the Netherlands under the Swisse Wellness brand last month.

Just on that note, Bod is another local company eager to hear the final decision from the TGA concerning the potential down scheduling of cannabidiol, which would enable over-the-counter pharmacy sales without a prescription. Bod has previously stated this will allow it to bring new lower dose products to market, while still benefiting from sales of MediCabilis. The TGA’s decision is expected very soon, possibly this week.

Another highlight for the year for Bod was an announcement in July it had commenced an observational study in Australia delving into the effectiveness of MediCabilis for conditions including anxiety disorders, insomnia and PTSD. It will be some time before results are known as the study will be tracking 500 patients prescribed MediCabilis over 12 months.

Previous article
Althea Gains Germany Medical Cannabis Green Light
Next article
EU’s Highest Court Rules On CBD
Gillian Jalimnson
Gillian Jalimnson is one of Hemp Gazette's staff writers and has been with us since we kicked off in 2015. Gillian sees massive potential for cannabis in areas of health, energy, building and personal care products and is intrigued by the potential for cannabidiol (CBD) as an alternative to conventional treatments. You can contact Gillian here.
RELATED ARTICLES
News