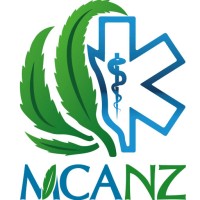 “Putting patients before politics,” is a slogan of a new charity in New Zealand raising awareness of medicinal cannabis and helping patients access it.

As we mentioned last week, the only pharmaceutical grade cannabis medication approved for use in New Zealand currently is Sativex – and it’s expensive stuff. Only a few dozen New Zealanders have active prescriptions for it; and little wonder with the cost being around $1,000 a month.

Just 76 applications for pharmaceutical grade cannabis products with consent for distribution have been received by the NZ Ministry of Health over the past three years.

Between one and two percent of New Zealand’s population suffers from epilepsy, with up to 40 per cent of those patients failing to achieve good seizure control. These are the people that cannabis medications may be able to help.

One of the activities of Medical Cannabis Awareness New Zealand (MCANZ), which recently had its application for charity status approved, is to engage in fundraising for  legally-available medical cannabis products for patients. An initial crowd-funding campaign has set a goal of supporting 10 additional patients in receiving Sativex.

One of the patients MCANZ is trying to assist is Jamie O’Mara, whose epilepsy was so severe that he underwent hemispherectomy (removal of half his brain) in 2008. This has reduced the seizures, but they still occur. Jamie had his first spray of Sativex this week, but it will take some time and continued treatment to see if it is effective.

“Our long term goals are to become a recognized centre of knowledge on Medical Cannabis in New Zealand, to promote the research and development of MC products here in NZ, and to advocate for improvements in the availability and affordability of Medical Cannabis,” states the group.