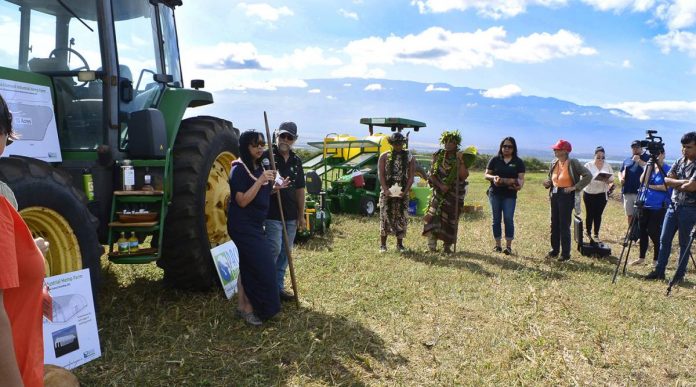 Maui is part of the Hawaiian archipelago and covers an area of 1,884 km².

The 10-acre hemp cultivation site is located within Imua Energy’s 115-acre farm in  Maui’s central valley and will be the first industrial hemp farm in the USA to utilise 100% biodiesel. The site has soil that has been remediated through the cultivation of  sunflowers.

“The cultivation of industrial hemp offers a wealth of opportunity for our island, from health and wellness and culinary usage to textile and biofuel production,” said Bob King.

The company says the first crop will be planted in May 2019 and the first products should be ready in August this year. Products will be distributed by Maiden Hawaii Naturals, a wholly owned subsidiary of Pacific Biodiesel.

While the farm will initially focus on industrial hemp flower cultivars, it may later include fiber and grain varieties.

In other recent industrial hemp news out of Hawai’i, the state’s Department of Agriculture said earlier this month a new regulatory program based on the 2018 Farm Bill should be available for the 2020 growing season.

The Hawaii Department of Agriculture issued the first licenses to growers under state’s Industrial Hemp Pilot Program in June 2018. Currently, 17 licensees are listed. Applications are accepted at any time, but licenses will only be issued 4 times a year – in March, June, September and December.

A study by University of Hawai‘i College of Tropical Agriculture and Human Resources researchers released in 2016 indicated 70 tons of industrial hemp could be harvested per acre each year in the state.