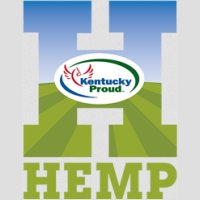 Kentucky is again embracing industrial hemp – a crop that once formed a major part of the state’s economy.

Now in its third year, 36 state-based hemp processors have been approved to date for Kentucky’s Industrial Hemp Pilot Research Program. This is up from 26 last year – and more are applying. The processors will be producing various items – foods, fibre products and nutraceutical* extracts such as cannabidiol (CBD).

WKMS reports 167 hemp farmers have gained approval to cultivate industrial hemp in 2016, up from 95 last year. The size of the projects varies wildly – from plots as little as a quarter-acre, to more than 100 acres.

It’s a high risk game – participants receive no funding and are working in a semi-hostile federal policy environment. It is also the responsibility of the applicant to secure a market.

The Kentucky Department Of Agriculture warns:

“If a participant cannot bear a complete loss of all input and production costs they should not participate.”

Still, the rewards could also be great as participants are gaining a front-row seat in the sector and valuable experience that put them ahead of future competitors.

Industrial hemp was first grown in Kentucky in 1775 – just a few years after Captain Cook arrived on Australia’s shores. The US state was once the nation’s leader in hemp cultivation, with a peak production of 40,000 tons in 1840.

Poorly-conceived federal legislation passed in 1938 outlawed production of hemp. However, the sector saw a temporary reprieve during World War II as part of the war effort; before it was finally destroyed across the U.S. in 1958.

Kentucky’s current program is the result of Senate Bill 50, passed in the Kentucky General Assembly in 2013. The bill was designed to again make the state a leader in industrial hemp production and commercialization of hemp products. The program, overseen by the Kentucky Industrial Hemp Commission, is expected to last for a total of 5 years.

* Nutraceutical is a portmanteau of the words “nutrition” and “pharmaceutical”, but it has no meaning in US law. The classification of hemp ‘nutraceutical’ products as a food, food ingredient, drug or dietary supplement depends on the way the item is marketed.

Previous articleHemp Industries Association Challenges FDA
Next articleLegal Cannabis And Electricity Consumption
Gillian Jalimnson
Gillian Jalimnson is one of Hemp Gazette's staff writers and has been with us since we kicked off in 2015. Gillian sees massive potential for cannabis in areas of health, energy, building and personal care products and is intrigued by the potential for cannabidiol (CBD) as an alternative to conventional treatments. You can contact Gillian here.
RELATED ARTICLES
News