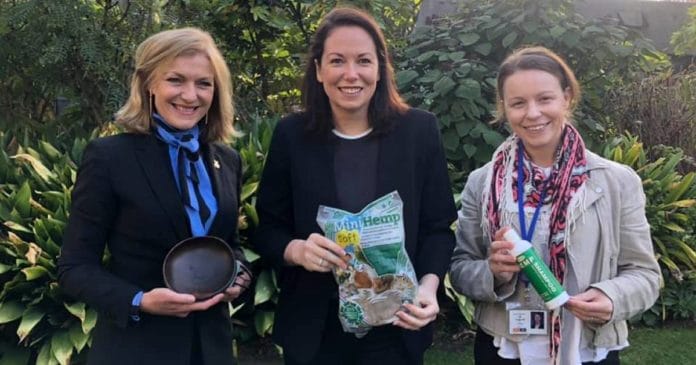 A government appointed taskforce in the Australian state of Victoria will delve into the opportunities for industrial hemp in the state.

The Industrial Hemp Taskforce will seek to understand where the industry has potential, and if regulations need to be tweaked to support growth (and no doubt there will be a resounding “yes” to the latter).

As in other Australian states, a special licence is required in Victoria for cultivation and processing of the crop – and it can only be used for non-therapeutic purposes. While high-cannabidiol, low THC cannabis (less than 0.35 per cent of tetrahydrocannabinol in the leaves and flowering heads in Victoria) is technically hemp, once it is used for medicines it becomes medical cannabis in Australia, and subject to different and very strict regulations.

The Victorian taskforce will also look across its borders to see what’s happening with hemp in other Australian jurisdictions – and how it’s being regulated.

“Industrial hemp is an emerging industry, and we’re excited to work out the best way to harness that potential and turn it into economic benefit for Victoria – particularly regional Victoria,” said Member for Mildura Ali Cupper, who is part of the taskforce.

Ms. Cupper is particularly excited about the possibilities for her area, stating climates like Mildura are perfect for hemp to grow.

The other members of the taskforce are Victoria’s Minister for Agriculture and Regional Development Jaclyn Symes, and Fiona Patten M.P, Member for Northern Metropolitan Region.

“Can’t wait to work with @FionaPattenMLC and @AliCupper to explore the potential of this wonder fibre and grow jobs – especially in regional Victoria,” tweeted Minister Symes.

The Victorian Government says input and feedback from the industry and public is welcomed – further information can be found here.

Previous articleCrop Insurance Finally On The Way For U.S. Hemp Farmers
Next articleMedical Cannabis Manufacturing Facility Opens In Queensland
Terry Lassitenaz
Terry Lassitenaz writes exclusively for Hemp Gazette and has done so since the site launched in 2015. He has a special interest in the political arena relating to medical cannabis, particularly in Australia, and addressing the many myths surrounding this incredibly useful plant. You can contact Terry here.
RELATED ARTICLES
News