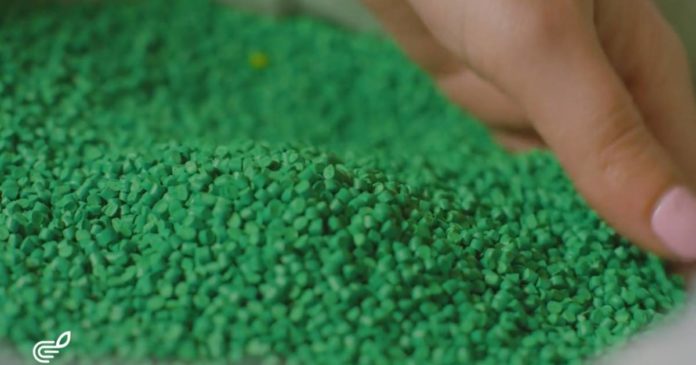 A North American company has turned to the crowdfunding scene to raise cash for its hemp bioplastics venture.

Canadian Industrial Hemp Corporation (CIHC) has so far raised more than $1 million of a $5 million dollar target that will go towards building a factory to mass-produce plastic pellets made from agricultural waste – including hemp.

The company says it has patent-pending technology featuring artificial intelligence to reduce cost and improve quality compared to existing global competitors, but that it would use high-throughput automated equipment already in use across Europe and Asia.

What would be North America’s first hemp plastic pellet production facility would replace imports from Europe and the facility will also produce hemp fiber.

CIHC says it will eventually have the capability to produce a million tonnes of hemp bio-composite plastic and expects to generate $1B of revenue annually in the first decade.

The company’s first “Smart Stalk” facility is expected to be in Alberta, Canada, where it will process 50,000 tonnes of stalk. The company anticipates building at least five Smart Stalk facilities by 2026, each generating $50 million in revenue and providing dozens of jobs.

Currently the crowdfunding campaign is in the “Friend Invest First” phase, but this will be followed by a public launch at the end of this month.

The pursuit of hemp to make plastics dates back many decades ago with the Ford motor company, which looked into using the plant in composite plastics (but didn’t go ahead). Today, hemp plastics are being used in high-tech applications such as 3D printing.

On a related note, back in July we mentioned Sivana Converting LLC intends producing hemp-based biodegradable plastic food containers, cups, plates and straws for the commercial market at the Sunbury Textile Mills in Northumberland County, Pennsylvania. More recently, automaker BMW Group reiterated its commitment to pursuing the use of hemp and other plant materials in the vehicles it produces.

Learn more about hemp bioplastics – it’s just one of the myriad applications for hemp. Every part of the plant has its uses and the crop has the potential to help address some of humanity’s greatest challenges.

Previous articleNZ’s Helius Teams Up With University On Cannabis
Next articleMissouri Military Veterans Benefit From Medical Cannabis Cash
Terry Lassitenaz
Terry Lassitenaz writes exclusively for Hemp Gazette and has done so since the site launched in 2015. He has a special interest in the political arena relating to medical cannabis, particularly in Australia, and addressing the many myths surrounding this incredibly useful plant. You can contact Terry here.
RELATED ARTICLES
News