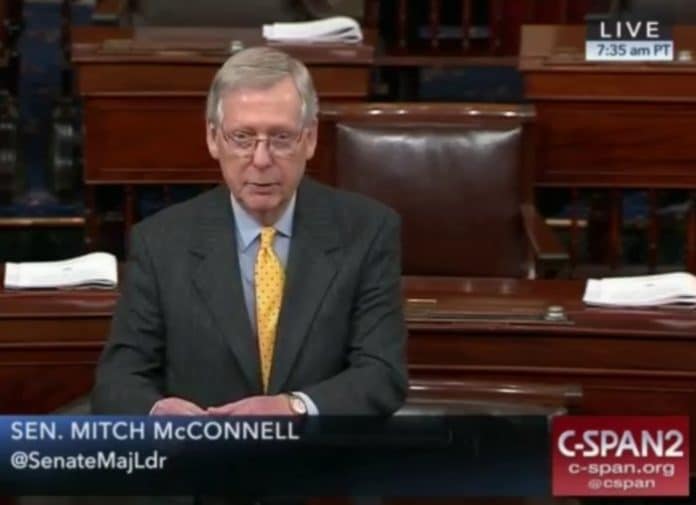 A bill for the Hemp Farming Act of 2018 has been introduced and, if passed, would get the U.S. federal government well out of the way of the nation’s hemp farming sector.

$600 million of industrial hemp products are sold in the USA each year – but much of the raw materials used have to be imported.

As we mentioned late last month, U.S. Senate Majority Leader Mitch McConnell’s bill would legalise hemp, see it classified an agricultural commodity and struck from Schedule I of the Controlled Substances Act.

To date, thirty-four states have already introduced or are in the process of introducing hemp pilot programs, but they are mostly very restrictive in order to stay within the boundaries of what the 2014 Farm Bill allows. The Hemp Farming Act of 2018 would remove many restraints and also enable farmers to get insurance from their crops.

“By legalizing hemp and empowering states to conduct their own oversight plans, we can give the hemp industry the tools necessary to create jobs and new opportunities for farmers and manufacturers around the country,” said  Senator McConnell.

Additionally, in cases where states are unable or choose not to develop their own programs, the U.S Department of Agriculture will provide oversight. The bill will also allow researchers to apply for grants from the USDA.

“.. some farmers in states like Kentucky, have been searching for a new crop that can support their families and support our agricultural economy. And many believe they have found such a product – industrial hemp. But the federal government has stood in the way. Mr. President, it’s time to change that.”

Video of the speech Senator McConnnell made in introducing the legislation can be viewed here.

Along with McConnell, a Republican, Senators Ron Wyden and Jeff Merkley who are both Democrats are also sponsors of the bill.

“It’s past time that we move beyond these outdated and frustrating restrictions on hemp farming in the United States,” said Senator Merkley.

Vote Hemp has praised the bill and says passing it is urgent.

“With strong bi-partisan support in both the House and Senate, Congress has a clear road to passing the Industrial Hemp Farming Act, and we urge them to do so immediately, so that no further economic opportunity is lost to American farmers and manufacturers,” stated Vote Hemp President Eric Steenstra.

The full text of the Hemp Farming Act of 2018 bill can be viewed here (PDF).

Previous articleAustralian Company To Produce Medicinal Cannabis In Malta
Next articleCouncil Of Australian Governments Agrees To Faster Medicinal Cannabis Approvals
Gillian Jalimnson
Gillian Jalimnson is one of Hemp Gazette's staff writers and has been with us since we kicked off in 2015. Gillian sees massive potential for cannabis in areas of health, energy, building and personal care products and is intrigued by the potential for cannabidiol (CBD) as an alternative to conventional treatments. You can contact Gillian here.
RELATED ARTICLES
News