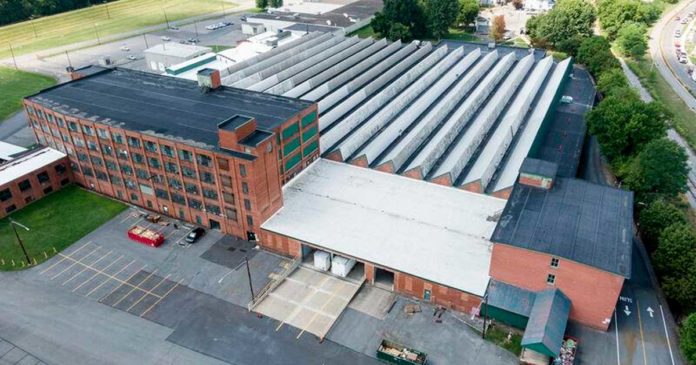 Among its myriad applications, hemp can be used to create various plastics that have traditionally been manufactured using fossil fuels. Some of the advantages of hemp bioplastics include compostability, thermal and UV stability.

Sunbury Textile Mills operated for more than 65 years. In 2017, it was purchased by Glen Raven and then closed in August last year, with the loss of more than 100 jobs. Mr. Raven donated the facility to DRIVE, a regional economic development entity, in December 2020.

Sunbury city administrator Jody Ocker commented last year that the city would like to see new industry – one that can even employ more people. Perhaps hemp will fit the bill.

With Silvana in the frame, 50 new jobs will be created in its first year, expanding to 125 staff by the third year. Recruitment for roles including technicians, operators, packers, customer service representatives, sales, and office administration will kick off in the next few months.

There’s not a great deal of information published on the mill’s new occupant, but in December last year Sivana Converting received a $100,000 investment from Ben Franklin Technology Partners of Northeastern Pennsylvania (BFTP/NEP) to support the development of a manufacturing facility. Ben Franklin Technology Partners mentioned at the time Sivana may expand its product offerings to supply proprietary hemp-based pulp and fibers as raw materials to other manufacturers.

“Because hemp-based products are made from renewable biomass sources and are non-toxic, pesticide-free, recyclable, decomposable within six months, and 3.5x stronger than common polypropylene, they are far more environmentally friendly than plastics,” stated BFTP.

Using hemp to make plastics isn’t a new idea – the Ford motor company investigated using hemp in composite plastics more than 80 years ago. Beyond flatware, hemp plastics are already being used in high-tech applications such as 3D printing.

Previous articleGrowing Hemp A Tricky Proposition In Florida
Next articleAustralian Research On Cannabis Entourage Effect
Terry Lassitenaz
Terry Lassitenaz writes exclusively for Hemp Gazette and has done so since the site launched in 2015. He has a special interest in the political arena relating to medical cannabis, particularly in Australia, and addressing the many myths surrounding this incredibly useful plant. You can contact Terry here.
RELATED ARTICLES
News