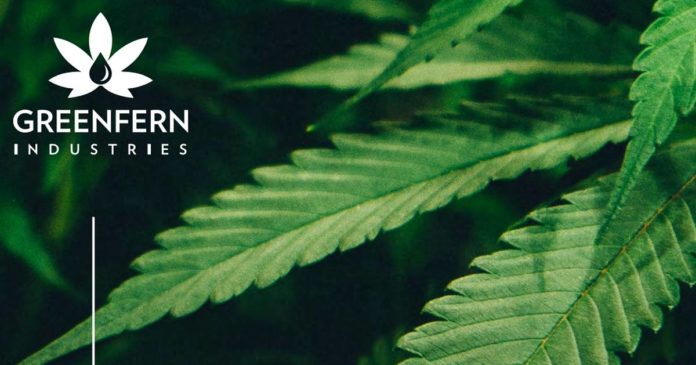 Yet another cannabis company in New Zealand is seeking to raise more cash via a crowdfunding platform.

Greenfern Industries has launched its second equity crowdfunding campaign via Equitise, from which it hopes to raise NZ $4 million. The retail investor crowdfunding aspect is seeking to raise $2 million

The funds will go towards the purchase of a hydroelectric power station situated next to Greenfern Industries’ medical cannabis research and extraction facility in Taranaki, which is on the western side of New Zealand’s North Island. Ownership of the power station, which supplies electricity to the facility, would further reduce Greenfern’s energy costs. There’s also the potential for upgrading the power station with view to exporting surplus electricity into the national grid.

“By reducing our cost of production, we’ll be able to offer products that are exceptionally high quality at an affordable price for the New Zealand market. That’s an enormous competitive advantage,” said Greenfern Industries Director Dan Casey.

Greenfern holds a licence to cultivate CBD and THC dominant cannabis strains for research purposes and the company is developing a medicine formulation.

The company currently sources revenue through various channels including wholesale distribution of hemp and cannabis flower, plus consumer products such as its hemp body care product line called MaTo, which appears to only consist of one item at the moment – a hemp-based wash bar. Its other hemp-related activities include developing a hemp-based meat alternative.

It’s little wonder NZ cannabis firms are pursuing the crowdfunding option given the attention and local support these ventures have received. Recently we reported Medical Kiwi had launched an equity crowdfunding campaign and NZ $384,000 was pledged before the first day ended. It took less than two weeks for the company to raise the $2 million it was seeking.

Other New Zealand cannabis companies to successfully leverage the power of crowdfunding in the past include Puro and Hikurangi Cannabis. Greenfern has also previously run an equity crowdfunding campaign that raised $1.8 million in December 2018.

As always with any crowdfunding opportunity – cannabis related or otherwise – prospective investors should do their due diligence.

Previous articleNebraskans for Medical Marijuana Celebrate Ballot Success
Next articleNew Zealand’s Inaugural Hemp Ideation Challenge
Gillian Jalimnson
Gillian Jalimnson is one of Hemp Gazette's staff writers and has been with us since we kicked off in 2015. Gillian sees massive potential for cannabis in areas of health, energy, building and personal care products and is intrigued by the potential for cannabidiol (CBD) as an alternative to conventional treatments. You can contact Gillian here.
RELATED ARTICLES
News