HomeNewsUSA FDA Excited About Cannabidiol, But..

USA FDA Excited About Cannabidiol, But.. 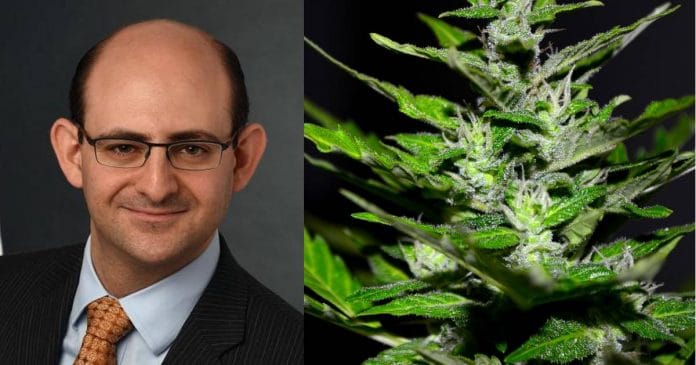 A U.S. FDA official has spoken positively about the potential for cannabidiol, but says more research is required.

He said interest had surged in the cannabinoid and the excitement was palpable.

“At FDA, we’re excited too,” said Mr. Schiller “We see significant potential in this substance, including potential clinical uses.”

Last year, FDA approved a UK company’s cannabidiol-based medicine (Epidiolex) for the treatment of seizures associated with Lennox-Gastaut syndrome and Dravet syndrome. No others have been approved so far.

Mr. Schiller says the FDA is yet to see significant data on the long-term effects of sustained use of CBD and there are questions that still need answering about cannabidiol’s safety profile when used outside its approved indications; i.e. the conditions mentioned above.

“Epidiolex is not risk-free, but FDA determined that when the drug is used for these intended uses, it provides benefits that outweigh its known and potential risks for the intended population, particularly because those risks are managed by a health care professional who prescribes the drug and monitors patient care.”

He pointed out in the case of Epidiolex, risks include:

While Epidiolex is by no means Robinson Crusoe here, the “suicidal behavior” was an interesting (and disturbing) risk. According to the maker of Epidiolex, GW Pharmaceuticals, antiepileptic drugs (AEDs) generally increase the risk of suicidal thoughts or behavior. I wasn’t able to locate information on the prevalence of such behaviour and ideation with regard to cannabidiol specifically.

Mr. Schiller expressed concerns about CBD products being marketed with claims of therapeutic benefit without having first gone through the drug approval process – and this is an important priority for FDA. Mr. Schiller also stated FDA has concluded that  under current U.S. law, it’s unlawful to sell a food or dietary supplement with CBD in interstate commerce.  One of the reasons is it is prohibited under the federal Food, Drug & Cosmetic Act to add a substance into food if that substance has been approved as a drug; i.e. cannabidiol.

So why isn’t a substance such as caffeine prohibited in food? Because it was a substance used in food before it was ever approved or studied as a drug.

However, the Administration is keen on exploring the potential benefits of CBD and filling in gaps in its knowledge in order to create regulatory pathways for products.

“That’s why early on at FDA, we recognized that if we were going to make wise and informed scientific decisions about cannabidiol, we would have to start focusing on a different CBD: Collect Better Data.”

It’s quite difficult to summarise the ~4,700 word discourse in a brief news item, so you can read all Mr. Schiller had to say here.

Previous articleSurvey Results: CBD Use In The USA
Next articleCanadian Cannabis Statistics Update
Terry Lassitenaz
Terry Lassitenaz writes exclusively for Hemp Gazette and has done so since the site launched in 2015. He has a special interest in the political arena relating to medical cannabis, particularly in Australia, and addressing the many myths surrounding this incredibly useful plant. You can contact Terry here.
RELATED ARTICLES
News