HomeNewsSurvey Results: CBD Use In The USA

Survey Results: CBD Use In The USA 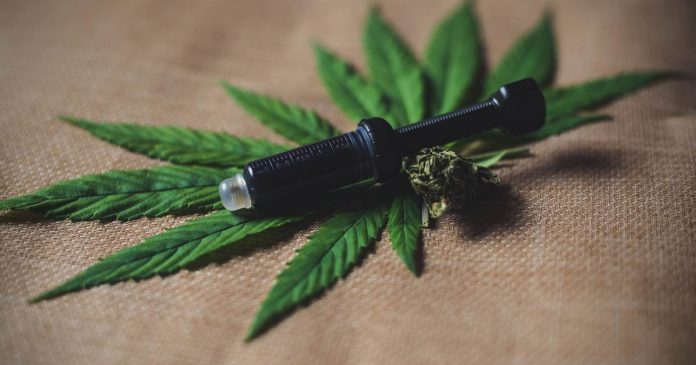 A recent poll indicates 14% of Americans use cannabidiol (CBD) based products.

While mentioning cannabidiol in Australia can often produce blank stares (likely due to its very restricted availability), in the USA it appears awareness – and use – of the cannabinoid is comparatively quite high.

The results of a Gallup survey conducted June 19- July 12, 2019 with  2,543 adults living in all 50 U.S. states and the District of Columbia revealed 46% said they were either very familiar or somewhat familiar with cannabidiol products.

Of the 14% who said they had used CBD based products, the most common reason for doing so was for managing/treating pain (40%), followed by anxiety (20%) and sleep/insomnia (11%).  Just 4% said they were using it for recreational purposes, which is interesting as CBD isn’t known for having any recreational value – however some CBD products also contain THC.

CBD use appears to decrease in older age groups. Twenty percent of adults younger than 30 say they use CBD, while only  8% of those aged 65 and older say they do.

“As the FDA begins to regulate CBD products and if they become more mainstream, older Americans may stand to benefit the most from them for the treatment of the aches and pains that come with age,” says Gallup.

The Gallup summary says CBD was legalized federally in the USA last December with the passing of Farm Bill 2018; but some would argue this is not correct.

Regardless, cannabidiol is big business in the USA and is forecast to only get bigger. A report from BDS Analytics and Arcview Market Research released earlier this year states the collective market for CBD sales in the USA is expected to exceed $20 billion by 2024. It says CBD product sales in dispensaries have grown at an even faster rate than overall sales in dispensaries since 2014.

BDS Analytics also notes 56 percent of adults aged 21 and over do not know or are confused about the differences between THC and CBD (which may also explain why some are using CBD recreationally).

Full results from the Gallup poll can be viewed here.

Previous articleNevada Hemp Farming Booming : Department Of Agriculture
Next articleUSA FDA Excited About Cannabidiol, But..
Gillian Jalimnson
Gillian Jalimnson is one of Hemp Gazette's staff writers and has been with us since we kicked off in 2015. Gillian sees massive potential for cannabis in areas of health, energy, building and personal care products and is intrigued by the potential for cannabidiol (CBD) as an alternative to conventional treatments. You can contact Gillian here.
RELATED ARTICLES
News