HomeNewsElixinol Global To Hang On To Hemp Foods Australia

Elixinol Global To Hang On To Hemp Foods Australia 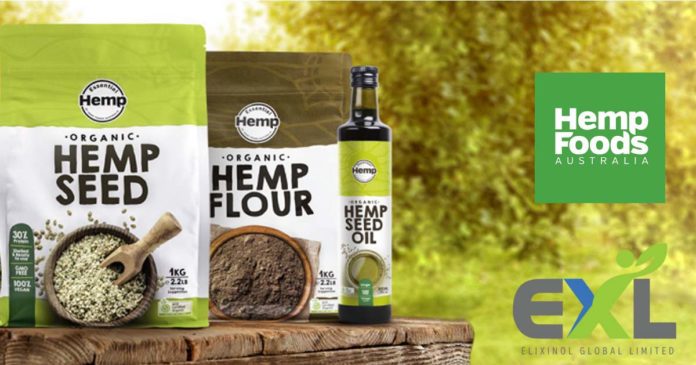 After a failed sale and subsequent re-evaluation of operations, Elixinol Global (ASX:EXL)  has decided to keep Hemp Foods Australia in its stable.

Back in February this year, Elixinol announced it was to sell off its Australian hemp foods arm to a subsidiary of China’s Shanghai Shunho New Materials Technology Co., Ltd in order to focus on the hemp-derived CBD market.

Then in May, the company stated the sale wouldn’t be proceeding, with the buyer citing COVID-19 impacts as the reason for pulling out. Elixinol said it would continue to operate Hemp Foods Australia pending an evaluation of operations and opportunities.

The company has been pretty quiet since that time, but it was announced early this week the evaluation process is complete, with the Board no longer seeking to exit the business.

“Under strong management, HFA has delivered improving performance and we have put in place measures to further optimise the HFA business,” said Elixinol Global Group CEO Oliver Horn. “As a result of the stronger performance, we are now working towards harnessing this positive momentum.”

The company reports that in H1 FY2020, Hemp Foods Australia recorded revenues of $2.0m (unaudited) compared with $1.6m in H1 FY2019 – so quite a jump. Earnings Before Interest, Taxes, Depreciation, and Amortization (EBITDA) losses have also been significantly reduced; from $1.8m in full year FY2019 down to $0.3m (unaudited) in H1 FY2020.

Elixinol Global is also eyeing synergies with Hemp Foods Australia with bringing Elixinol branded products to market in Australia given the TGA potentially relaxing Australian CBD regulations that could see cannabidiol available over-the-counter in pharmacies, without requiring a prescription.

Hemp Foods Australia will now be accounted for as a continuing business rather than a discontinuing business in the Group’s financial statements. HFA products are manufactured, blended and packed in a factory located in Bangalow, New South Wales, which is around 15 kilometres by road from Byron Bay.

With things looking rosier for Hemp Foods Australia and the original sale price of the company quite low, perhaps the Chinese buyer is now regretting its decision to bail on the transaction.

Previous article
How Australians Are Accessing Medical Cannabis
Next article
Cannabis Showing Promise For Treating Dermatitis In Dogs
Steven Gothrinet
Steven Gothrinet has been part of the Hemp Gazette in-house reporting team since 2015. Steven's broad interest in cannabis was initially fueled by the realisation of industrial hemp's versatility across multiple sectors. You can contact Steve here.
RELATED ARTICLES
News