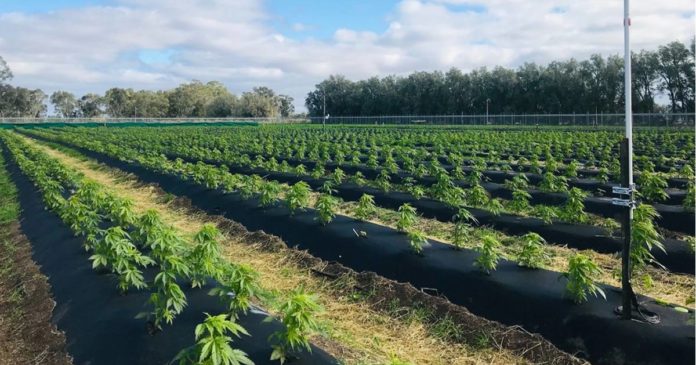 ECS Botanics Holdings Ltd (ASX:ECS) announced on Tuesday it had inked an agreement that will see it acquire Murray Meds.

Murray Meds has a licensed medical cannabis cultivation and manufacturing facility situated on the Murray River in North Western Victoria. In the most recent and first growing season, the company produced 350 kilograms of dried flower. The firm has permits for the cultivation and processing of 3,500 kilograms of medical cannabis and currently has another crop in the ground.

Last year, Murray Meds was granted a TGA (Therapeutic Goods Administration) GMP (Good Manufacturing Practices) certification. The company appears to have a special focus on sustainability, following certain  Organic Certification Standards. In 2019, it also installed a 34kW solar power system on the roof of the largest building at its cultivation site.

As for ECS, it has the licences required to cultivate, supply and manufacture industrial hemp in Tasmania, along with a grower license in Queensland. Its Tasmanian industrial hemp farm is also the site of ECS’s medicinal cannabis facility which is currently under construction. ECS Botanics also has a stake in TAP Agrico, a grain storage company that ECS uses for the logistics, storage and drying of hemp seed.

Commenting on the acquisition, ESC Managing Direct Alex Keach said as a combined group the companies were positioning to become the largest and most geographically diversified cannabis producer in the country.

Murray Meds Managing Director Nan-Maree Schoerie, who is a former chemist and has racked up more than three decades of leading large companies, said:

“Both organisations are very grounded in their approach to delivering affordable medicinal cannabis as naturally and sustainably as we can.”

At completion of the acquisition, which is subject to various terms and conditions, Ms. Schoerie will join the board of ECS.

In other recent news from ECS Botanics, late last month the company entered into an agreement with Medipharm Labs Australia whereby the latter has agreed to purchase cannabis flower or crude resin extract from ECS. The supply agreement kicks in on November 1 this year. The pair also signed an equipment technology transfer purchase agreement that will support ECS’s medicinal cannabis venture in Tasmania.