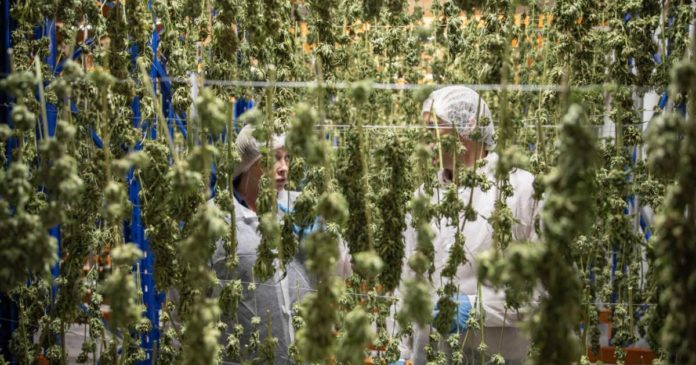 ECS Botanics has its fingers in a number of cannabis pies currently, ranging from hemp foods and wellness to medicinal applications – and it’s the latter that company wants to put its efforts fully behind.

On Tuesday, ECS announced its Board is to implement a strategy to slash the firm’s operating expenses and focus on “high growth and profit opportunities” as a pure-play medicinal cannabis company. On that front, ECS currently specialises in cultivating cannabis that is then processed and supplied as trimmed flower, or extracted into resin for further formulation or manufacturing.

ECS noted medical cannabis sales represented 86% of the group’s revenue in the last quarter and it recently stated an expectation the UK and Europe will become a significant market for the company during 2022 and 2023.

ECS has already made a start on plans to divest its hemp food and wellness division, and will now seek to sell off its Tasmanian property and hard assets.

There are also changes in the company’s leadership structure. Among them, Executive General Manager of medicinal cannabis Nan-Maree Schoerie is to take over the role of Managing Director from Alex Keach;, while Mr. Keach will move to Head of Corporate Operations.

Ms. Schoerie said the overall strategy will provide ECS the opportunity of capitalising on a major market opportunity and position the company as a leader in medicinal cannabis cultivation and supply.

“As we enter our third year of operations, processes have become embedded and our teams more expert, affording me more time to work with Alex, Arthur, and the board as we continue to demonstrate the therapeutic benefits of growing high-quality cannabis using organic and regenerative practices.”

Ms. Schoerie, a former chemist with decades of leading large companies, was previously the Managing Director of Murray Meds.

Previous articleKentucky Medical Cannabis Advisory Committee Named
Next articleNZ’s Helius Therapeutics And Greenlab Hook Up
Terry Lassitenaz
Terry Lassitenaz writes exclusively for Hemp Gazette and has done so since the site launched in 2015. He has a special interest in the political arena relating to medical cannabis, particularly in Australia, and addressing the many myths surrounding this incredibly useful plant. You can contact Terry here.
RELATED ARTICLES
News