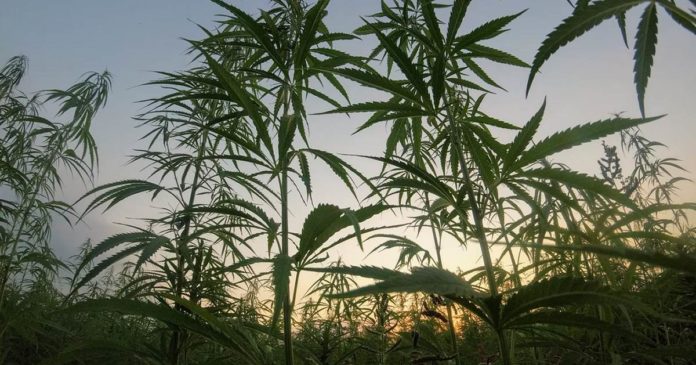 Connecticut’s Agriculture Commissioner has announced the state’s plan for hemp production has been approved by the USDA.

Up to the end of last year, US states could continue to operate hemp programs under provisions in the 2014 Farm Bill – but now they must have plans approved by the USDA, or operate under a USDA-provided plan.

“USDA’s approval of our state plan for hemp production allows us to align our program with their final rule,” said Agriculture Commissioner Bryan P. Hurlburt. “This offers the opportunity for continued growth and diversification necessary for farm sustainability and we look forward to working with producers to administer the program.”

Registered hemp growers in Connecticut with licenses that expired on December 31,2021 will need to reapply under the new program to grow hemp this year.

Connecticut is the third smallest state in the USA in terms of land area – 14,356 km2. It also has comparatively little farmland – around 380,000 acres. To date, hemp has occupied very little of that. In 2021, there were 98 licenses issued for 397 licensed lots, and just 85 acres planted. Added to that was 470,600 square feet of registered indoor hemp growing space – which is around 10 acres.

Connecticut Governor Ned Lamont signed hemp legislation into law in 2019 after it received unanimous support by the members of both chambers of the state’s General Assembly. Prior to that, only the University of Connecticut was permitted to grow the crop.

Hemp was an important part Connecticut’s early agriculture. In fact, in the 1600’s every family in the state was required to “plant at least one spoonful of English hemp seed in good soil”.

With Connecticut and also recently New York having plans approved, just about every state has one of their own given the USDA green light. The only states without their own plans are Hawaii, New Hampshire, North Carolina and Wisconsin; all of which will be able to operate under USDA Hemp Producer License arrangements.

With all states now aligned, well, generally, the USA’s hemp industry should see more stability in terms of regulatory requirements.

Previous articleUS Hemp Cannabinoid  Prices In December
Next articleFDA Thumbs-Up For Opioid Use Disorder Cannabidiol Trial
Terry Lassitenaz
Terry Lassitenaz writes exclusively for Hemp Gazette and has done so since the site launched in 2015. He has a special interest in the political arena relating to medical cannabis, particularly in Australia, and addressing the many myths surrounding this incredibly useful plant. You can contact Terry here.
RELATED ARTICLES
News