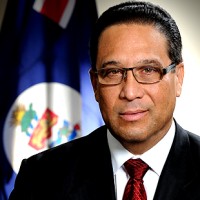 It appears it won’t be long before patients in the Cayman Islands will be able to legally access cannabis oil.

“I also wish to advise the House and the country that after carefully considering the merits and demerits of legalising the use of medical cannabinoid oil to treat those in our community with a debilitating disease, whether cancer, glaucoma, or perhaps even severe epilepsy, Government is persuaded that it is better to favour hope and compassion over fear.”

The Premier said the issue was being treated as a matter of urgency and Cabinet had already issued instructions to the Legal Department to draft a Bill enabling doctors to prescribe cannabinoid oil to patients who it may benefit.

“Madam Speaker, for those who may doubt the wisdom of this decision, I wish they could have been present when a young Caymanian, who in making a case for his very sick wife to be able to access the oil that they believe will help defeat her illness, said that his wife’s choice currently is ‘death or death’. That is their reality for there is no standard medication or treatment available that gives them hope.”

The Premier made it very clear that his blessing is only related to medical applications. It’s not expected that cultivation of cannabis crops or manufacturing will be carried out locally – medicines will be imported into the country.

It’s a big change – cannabis laws in the Cayman Islands are very strict, with hefty fines and prison time even for possession. It’s no surprise the government’s change of stance has been welcomed by many in the Islands.

An interesting quote used by the Premier in his speech was one attributed to Winston Churchill.

“The truth is incontrovertible. Malice may attack it. Ignorance may deride it. But in the end, there it is.”

.. and it seems the Cayman Islands’ Premier has discovered the truth of this incredibly useful plant.

The full Budget Policy Statement can be viewed here.

Another Caribbean nation is also considering making medical marijuana legal, but on a broader scale. Jamaica’s Finance and Planning Minister, Audley Shaw, recently urged the country’s lawmakers to get behind the development of significant domestic industrial hemp and medical marijuana industry.

Previous articleAustralian Medical Marijuana – The Missing Links
Next articleKiwis Protest NZ Medical Cannabis Review Outcome
Terry Lassitenaz
Terry Lassitenaz writes exclusively for Hemp Gazette and has done so since the site launched in 2015. He has a special interest in the political arena relating to medical cannabis, particularly in Australia, and addressing the many myths surrounding this incredibly useful plant. You can contact Terry here.
RELATED ARTICLES
News