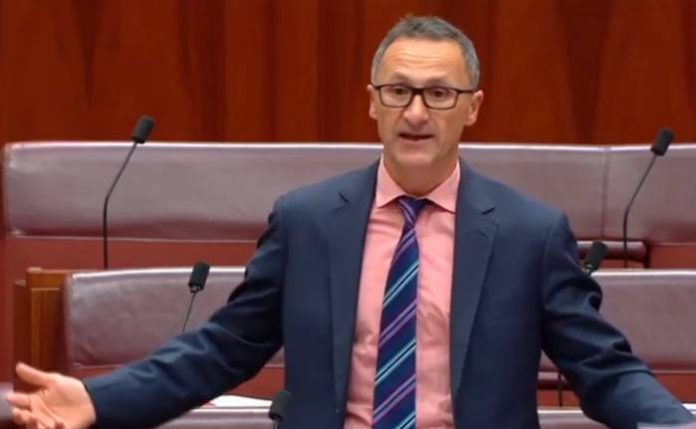 Australia’s Special Access Scheme Category A enables quicker access to medicines than Category B, but the Federal Government removed unregistered cannabis products from Category A. A disallowance motion by Dr. Di Natele sought to reverse this.

“For some of these patients, speedy access to medicinal cannabis is the difference between being able to eat or wasting away,” said Dr. Di Natale.

The amendment was backed by Labor, (reportedly drawing comment from the Federal Health Minister that Labor was “weak on drugs“), but was defeated due to NXT and One Nation joining the Coalition in voting against it.

“I am so disappointed that these politicians couldn’t put the needs of terminally ill patients above their own political games,” said Dr. Di Natale.

“Patients are currently waiting weeks and sometimes months for access to these treatments. This motion could have reduced that to a day or possibly hours.”

Adding to the Greens leader’s ire is the fact that One Nation claims to support medical cannabis, with Pauline Hanson previously calling on the Prime Minister to show compassion.

Earlier this year, MP Steve Dickson jumped ship from the Liberal National Party to join One Nation over his concerns major parties had lost their way on the cannabis issue.

Medical cannabis crusader and Australian Of The Year Awards Nominee Lucy Haslam was bitterly disappointed by the news of the vote; which tallied at 32 for and 32 against.

“… Pauline Hansen and Nick Xenophon had done a deal with the Government effectively selling out the needs of the terminally ill,” she said.

Regarding the Federal Government’s concerns the Greens motion would have resulted in an influx of unsafe products, Ms. Haslam said this was “quite frankly BS”.

While Ms. Haslam has stated she is (understandably) battle-weary, she will continue in her efforts – as will the Greens.

“We will not be giving up this fight,” said Senator Di Natale. “The Greens will continue to pursue meaningful advances until we have a system where Australian patients have a reliable, pain-free pathway for accessing the treatments they need.”

Previous articleMedical Cannabis Dispensing To Begin In Cayman Islands
Next articleNew South Wales Medicinal Cannabis Trial Expands
Terry Lassitenaz
Terry Lassitenaz writes exclusively for Hemp Gazette and has done so since the site launched in 2015. He has a special interest in the political arena relating to medical cannabis, particularly in Australia, and addressing the many myths surrounding this incredibly useful plant. You can contact Terry here.
RELATED ARTICLES
News