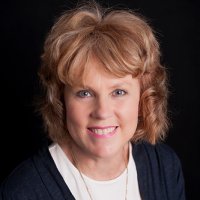 The finalists for the 2016 NSW Australian of the Year Awards include Lucy Haslam, who has been campaigning tirelessly to see medicinal cannabis legalized for terminally ill people in New South Wales.

Ms. Haslam, a former nurse, began her campaign after her son Dan was diagnosed with bowel cancer at age 20. Dan Haslam was thrust into the spotlight in 2014 when the Haslams went public with Dan’s use of medicinal cannabis to help alleviate the side effects of his cancer treatment; including nausea, vomiting and poor appetite.

Dan originally consumed the marijuana in cigarette form and found immediate relief. Being a non-smoker, he then switched to a vaporiser.

Unfortunately, Dan passed away earlier this year, but Ms. Haslam and her husband, an ex-drug squad officer, have continued their fight to legalize medical marijuana.

“There are so many people that aren’t having their needs met with the medications that are available,” said Ms. Haslam soon after her son’s passing in February.

“Let’s strive for a bit better for those people. If something that works for them, if it can’t do them any harm, the fact that it’s illegal, I think that’s just craziness.”

Ms. Haslam efforts have  been credited with winning hearts and minds of politicians, which has ultimately led to the Australian Government’s recent announcement that it would seek bipartisan support for a licensing scheme permitting the growing cannabis within Australia for medicinal and scientific applications.

Dan and the Haslam family also had a marked effect on NSW Premier Mike Baird, who initiated a $9 million clinical trial. Last week, the NSW government announced it had started searching for suitable sites to grow crops.

Ms. Haslam was announced as being a finalist the NSW Local Hero award.

The Local Hero Award was introduced into the Australian of the Year Awards in 2003 . It recognises extraordinary contributions made by Australians in their local community.

“The NSW finalists are an extraordinary group of Australians achieving amazing social change by following their passions – we are very proud of all of them,” National Australia Day Council CEO, Mr Jeremy Lasek,.