HomeNewsMedical Cannabis Edibles Could Be On The Menu In Pennsylvania

Medical Cannabis Edibles Could Be On The Menu In Pennsylvania 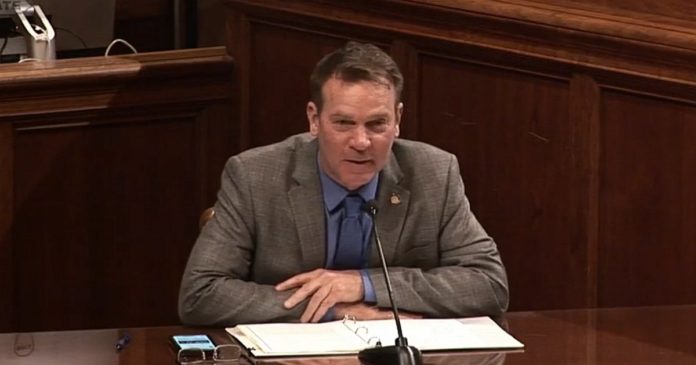 Pennsylvania Senator Dan Laughlin announced last week he is to introduce legislation to expand medical cannabis options in the state to include edibles.

Pennsylvania has a pretty robust medical cannabis program, with more than 400,000 Pennsylvanians holding an active patient certification – that’s equivalent to around 3% of the entire state population. Medical cannabis is available in many forms in Pennsylvania, including pills, oils, topicals, dry leaf (for vaping), tinctures and liquids – but off limits are smoking it and edibles.

The latter will change if Sen. Laughlin has his way.

“For many patients, their medical conditions require gradual relief over an extended period of time,” he said. “Consuming medical cannabis in edible form is among the best ways to achieve the time-release effect that these patients need.”

The legislation will involve consistency/potency testing for edible products, with edibles to be presented in a way so as not to appeal to children, and packaged in child-proof containers.

The Senator says some Pennsylvania patients are already utilising existing forms of legal medical cannabis to make their own edibles.

“But incorporating medical cannabis into food is complex and patients may not evenly disperse the marijuana’s active ingredients throughout their food which impairs their ability to get uniform relief from their symptoms.”

According to Senator Laughlin, edibles are available in 25 other states that have legalized medical cannabis.

Another edibles hold-out state that will definitely make products available reasonably soon is Minnesota. In December last year, the Minnesota Department of Health announced it is to permit infused gummies and chews from the beginning of August this year. Minnesota also began allowing smokable products in March this year.

Pennsylvania was the 24th US state to legalize medical marijuana after Governor Tom Wolf signed Senate Bill 3 in April 2016, but product wasn’t available until 2018. However, the program has continued to evolve since, providing better access for patients.

There are more than 100 dispensaries across the state and thousands of physicians have registered to issue certifications since the program began, with more than 1,500 approved.