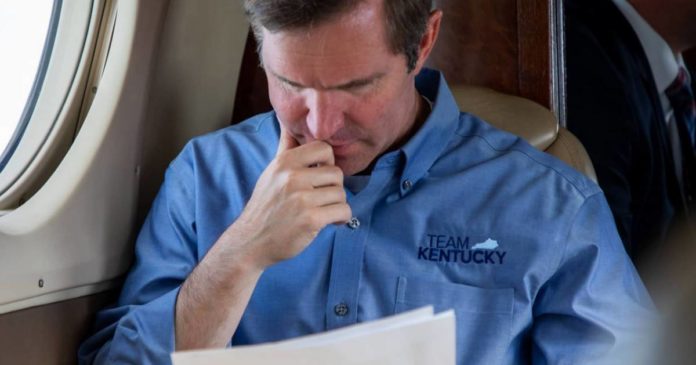 Frustrated by the recent lack of forward movement on legalising medical marijuana, Kentucky Governor Andy Beshear says he may consider an executive order to get things moving in his state.

The Kentucky House gave the green light to legalizing medical marijuana in the state last month with a 59-34 vote on House Bill 136. While the program would be very restrictive, it will provide more access than currently available – which is none. Only patients with specific conditions including epilepsy, multiple sclerosis, chronic pain and Crohn’s disease would be able to access medical marijuana under HB 136.

Kentucky has a major opioid problem, and there are hopes legal medical marijuana could also go some way to addressing it.

“If medical marijuana is an alternative and gives people the chance to get pain relief without being subjected to opioids, I think it’s something we’ve got to explore,” said Governor Beshear back in 2019.

Legalization of medical marijuana could also reduce the number of marijuana related convictions and corresponding incarceration and supervision costs surrounding these offenses in the state.

But since success in the House, the bill has stalled in the Senate. Given the timelines involved, it means it is unlikely 2022 will see the start of a program.

Speaking to reporters last Thursday, Governor Beshear indicated he would explore the potential for issuing an executive order, but he would much rather prefer a bill sent to him by lawmakers for signing.

There’s certainly no lack of support among residents of Kentucky for legalizing medical marijuana. A 2019 Kentucky Health Issues poll indicated 90% of those surveyed supported allowing residents to buy and use marijuana for medical purposes – up from 78% in 2012.

As well as the potential health benefits and easing pressure on Kentucky’s legal system, a medical marijuana program could provide a cash injection for state coffers; in the form of an excise tax of 12% on the gross receipts of medicinal marijuana cultivators, producers and processors from sales to dispensaries.

While medical marijuana is yet to be legalised in Kentucky, hemp-derived CBD (cannabidiol) containing no more than 0.3% THC has been legal in the state since 2017.

Previous articleNZ Medical Cannabis Put On The Fast-Track
Next articleMedical Cannabis Edibles Could Be On The Menu In Pennsylvania
Gillian Jalimnson
Gillian Jalimnson is one of Hemp Gazette's staff writers and has been with us since we kicked off in 2015. Gillian sees massive potential for cannabis in areas of health, energy, building and personal care products and is intrigued by the potential for cannabidiol (CBD) as an alternative to conventional treatments. You can contact Gillian here.
RELATED ARTICLES
News