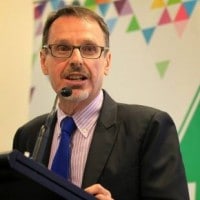 According to the Sydney Morning Herald, Mr. Kaye was on the brink of tabling a private member’s bill to the NSW Parliament to legalise cannabis for medicinal use as a result of his own experiences of using it for pain relief.

However, long before his tragic diagnosis, Mr. Kaye was a solid supporter of medical cannabis; particularly for those suffering a terminal illness.

“The terminally ill should be allowed to possess small quantities of crude cannabis to relieve their pain and suffering without the fear of criminal prosecution.”

There’s no doubt Mr. Kaye’s urgings helped push along the New South Wales’ government’s clinical trials and the Terminal Illness Cannabis Scheme (TICS). He was often very critical of progress of the initiatives; or what he perceived to be a lack thereof.

While it may be little comfort to Mr. Kaye’s family, friends and colleagues; his passing will no doubt continue to help hold a spotlight on the medical marijuana issue and hopefully pile on the pressure to accelerate related programs in the state – and perhaps those across Australia.

How patients source their cannabis is up to them as there are no dispensary facilities in New South Wales at this point in time. This places some patients in a difficult position; but at least for those who do choose to use cannabis, they will be protected from prosecution if found in possession of marijuana.

In order to qualify for the scheme, an Australian-registered medical practitioner involved with the patient’s care must certify the patient has a terminal illness as defined by the scheme.

Previous articleHawaii Announces Medical Marijuana Dispensary Licensees
Next articleAustralia’s First Hemp, Health & Innovation Expo
Terry Lassitenaz
Terry Lassitenaz writes exclusively for Hemp Gazette and has done so since the site launched in 2015. He has a special interest in the political arena relating to medical cannabis, particularly in Australia, and addressing the many myths surrounding this incredibly useful plant. You can contact Terry here.
RELATED ARTICLES
News