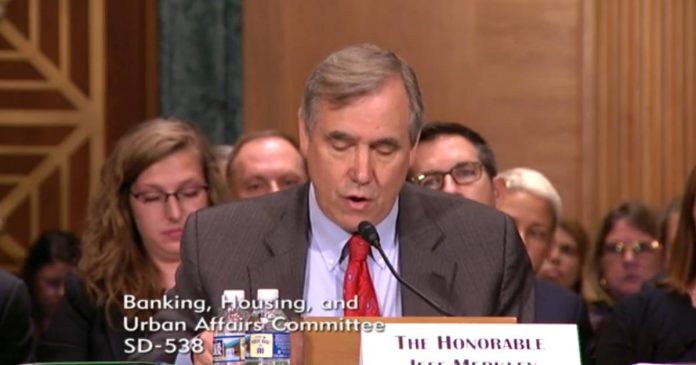 The U.S. Senate Committee on Banking has heard the challenges the nation’s cannabis industry has faced in accessing mainstream financial services.

Under the Controlled Substances Act, marijuana is currently considered a Schedule 1 drug. Dealing with proceeds is subject to federal anti-money laundering laws; even in states where marijuana is legal. This puts banks at risk of federal prosecution when dealing with marijuana-related cannabusinesses; making them understandably shy of taking on these clients.

The USA’s legal cannabis industry is one of the fastest growing sectors in the country. 34 states, the District of Columbia and various U.S. territories have some form of legal marijuana; medical and/or recreational.

But without access to the banking system, legal cannabis businesses need to deal in cash, often holding large amounts. This makes them a target for robbery and means extra expense in terms of security; such as the hiring of security guards.

“It can also make it harder to monitor transactions and combat money laundering,” said Senator Sherrod Brown in his opening statement at the hearing. “And getting paid in cash means it’s difficult to get a credit card, prove your income to get a loan, or even keep your personal bank account.”

Senator Merkley outlined the purpose of the Secure and Fair Enforcement (SAFE) Banking Act of 2019, which would give legitimate businesses acting in compliance with state cannabis laws access to the banking system and provide safe harbor for depository institutions and credit unions against federal prosecution.

The Act is well supported, with more than 200 co-sponsors in the House.

In his testimony, Senator Merkley gave an example of the security risks experienced by the sector. He accompanied an Oregon business owner who was making a trip to the state’s capital so he could pay his taxes.

More from the hearing, “Challenges for Cannabis and Banking: Outside Perspectives”, including video of the proceedings can be found here.

Banking isn’t the only service that most businesses take for granted but is often out of reach for cannabusinesses. Insurance is another. Yesterday we reported on a newly introduced bipartisan bill seeking to enable marijuana businesses in the USA to gain insurance coverage.

Previous articleBill Tackles Insurance Coverage For Cannabusiness In The USA
Next articleUK Hemp Cooperative Loses Licence, Destroys Crop
Terry Lassitenaz
Terry Lassitenaz writes exclusively for Hemp Gazette and has done so since the site launched in 2015. He has a special interest in the political arena relating to medical cannabis, particularly in Australia, and addressing the many myths surrounding this incredibly useful plant. You can contact Terry here.
RELATED ARTICLES
News