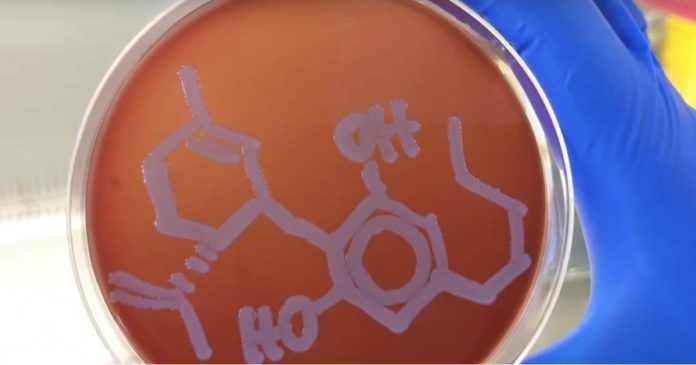 University of Queensland researchers have revealed cannabidiol can kill a wide range of harmful bacteria – including those responsible for gonorrhoea, meningitis and legionnaires disease.

A collaborative research project between UQ and Botanix Pharmaceuticals Limited (ASX:BOT) could result in the development of antibiotics for tackling bacteria resistant to conventional medicines – an increasingly pressing issue. In the case of gram-negative infections, there have essentially been no novel molecular classes discovered and approved for clinical use for more than 50 years.

“This is the first time CBD has been shown to kill some types of Gram-negative bacteria,” said UQ Institute for Molecular Bioscience’s Associate Professor Mark Blaskovich. “These bacteria have an extra outer membrane, an additional line of defence that makes it harder for antibiotics to penetrate.”

Assoc. Prof. Blaskovich says it’s thought cannabidiol’s action involves bursting the outer cell membranes of bacteria – but it’s not clear how this occurs and further research is needed. CBD, in this case a synthetic type of cannabidiol, was also effective at breaking down biofilms that help some types of bacteria survive antibiotic treatments. Importantly, cannabidiol also showed a low tendency to cause resistance in bacteria.

The results come at an important time, with Neisseria gonorrhoeae becoming increasingly resistant to conventional antibiotics and infections on the increase in Australia and elsewhere. Some “supergonorrhoea” strains have no reliable antibiotic left  to treat them. In Australia, gonorrhoea infection rates increased 63% between 2012 and 2016.

Previous research from the project indicated cannabidiol could kill gram-positive bacteria, including Staphylococcus aureus, which is responsible for staph infections.

Commenting on the results, Botanix President and Executive Chairman Vince Ippolito said the published data indicates the vast potential for the development of novel and effective treatments.

“Our Company is now primed to commercialise viable antimicrobial treatments which we hope will reach more patients in the near future. This is a major breakthrough that the world needs now,” he said.

As well as a stand-alone treatment, other research has found combining CBD and antibiotics produces a more powerful effect than using with antibiotics alone.

The University of Queensland  team’s research has been published in the journal Communications Biology.