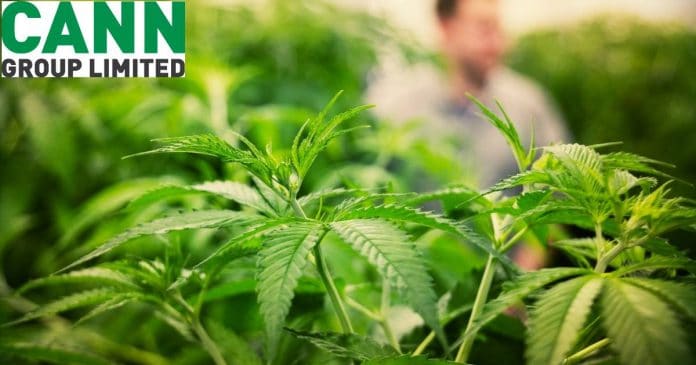 Last week the company announced the Federal Department of Health’s Office of Drug Control (ODC) had approved manufacturing licences for Cann Group’s existing Northern and Southern medicinal cannabis facilities in Melbourne. The company notes appropriate permits will still be required in connection to undertaking specific activities under the licences it has.

“Securing our ODC manufacturing licences is an important milestone that supports our fully integrated business model strategy,” said Cann Group CEO, Peter Crock. “The ability to undertake these activities at both our Northern and Southern facilities gives us considerable flexibility as we continue to progress the development of our new state-of-the-art cultivation facility near Mildura.”

The company started harvesting medicinal cannabis at its Southern facility in Melbourne in August 2017.

Back in March, Cann Group announced its intention to purchase a site in Mildura, Victoria. Assuming that goes ahead, a 34,000 square metre greenhouse to be constructed at the site is expected to have a production capacity of up to 50,000 kilograms of dry flower annually.

Mr Crock stated the newly-granted licences will complement arrangements in place with IDT Australia Ltd, which was granted its ODC manufacturing licence back in  May. IDT entered into a manufacturing agreement with Cann Group in August last year whereby the company will provide manufacturing support  for medicinal cannabis‐based product formulations for supply to patients both in Australia and overseas.

“IDT, which has GMP approved facilities, offers us immediate access to proven expertise in pharmaceutical manufacturing while we continue to develop our own capabilities,” said Mr. Crock.

Established in 2014, Cann Group was the first company to be issued with a cannabis research licence by the ODC, which occurred in February 2017. The company was also issued Australia’s first medicinal cannabis cultivation licence just a month later.

The company listed on the ASX in May 2017. Cann Group’s major shareholder is Aurora Cannabis Inc, which holds just under 32 million shares and a 22.90% stake in the company at the time of publishing.

Previous articleLouisiana’s Southern University Plants First Medical Cannabis Seeds
Next articleAustralians Importing Hemp Products Should Read This
Terry Lassitenaz
Terry Lassitenaz writes exclusively for Hemp Gazette and has done so since the site launched in 2015. He has a special interest in the political arena relating to medical cannabis, particularly in Australia, and addressing the many myths surrounding this incredibly useful plant. You can contact Terry here.
RELATED ARTICLES
News