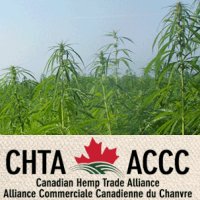 Canada is growing a lot of industrial hemp; but wasting a great deal of its potential too due to outdated regulations.

Approximately 100,000 acres of industrial hemp is being grown in Canada this year. It’s a big business, as evidenced by a meeting of 200 producers, processors and industry experts in Calgary early this week.

A hot topic at the meeting was the fact the industrial hemp industry in Canada is not permitted to use the entire plant.

Regulatory restrictions prevent Canadian farmers from harvesting parts of the plant that contain cannabinoids such as cannabidiol (CBD). These parts are discarded during harvest; throwing away potentially billions of dollars and giving its southern neighbour – the USA – a competitive advantage in the lucrative hemp pharmaceuticals sector.

Cannabidiol is a non-intoxicating phytochemical that can be used in the treatment of a number of conditions such as epilepsy and PTSD. It’s a high value component, with  CBD hemp oil (12% – 18%) products costing up to USD $85 a gram.

In addition to treating human ailments, cannabidiol medicine for pets is also now being produced; although some in the veterinary sector are still dubious about its usefulness and safety.

As we reported yesterday, sales of cannabidiol products in the USA are predicted to have climbed to $85 million this year.

“The lost opportunity for Canadian farmers to extract value from a portion of their crop that is currently off limits due to regulatory controls is an injustice to them,” says  Russ Crawford, President of the Canadian Hemp Trade Alliance (CHTA).

“Hemp presents Canadian farmers with an important crop offering both diversity and exceptional profit potential as a food, fibre and health resource.”

CHTA members have voted unanimously in favour of requesting immediate action from the Liberal government with regard to regulatory reform.

Canada has had a fully legal modern hemp industry since 1998. Industrial hemp was originally introduced to the country in 1606, by French Botanist Louis Hebert – in fact, this was also North America’s first hemp crop. Hemp became so valued, seed was distributed  to Canadian farmers in 1801.

Industrial hemp was made illegal in Canada some 70-80 years ago due to confusion with other types of cannabis before it was again legalised in the late 90’s.

Previous articleIndustrial Hemp A Half Billion Dollar U.S. Industry
Next articleDitching Of ‘Ditch Weed’ Hemp Eradication Program Urged
Terry Lassitenaz
Terry Lassitenaz writes exclusively for Hemp Gazette and has done so since the site launched in 2015. He has a special interest in the political arena relating to medical cannabis, particularly in Australia, and addressing the many myths surrounding this incredibly useful plant. You can contact Terry here.
RELATED ARTICLES
News