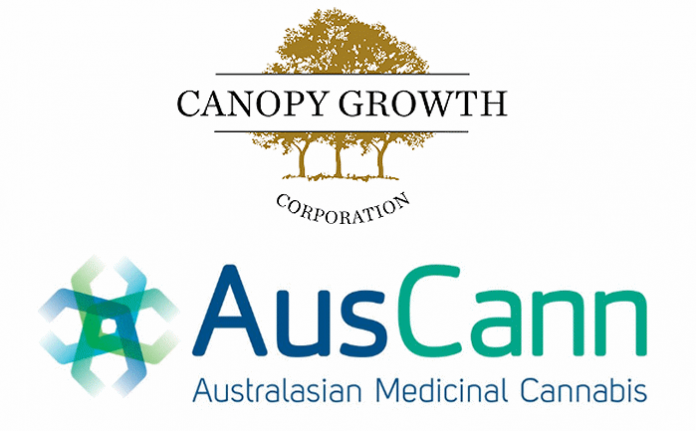 Australia’s AusCann Group Holdings Limited (ASX:AC8) has announced it has been granted an import permit under its existing import licence and will soon receive finished cannabis oils from Canada’s Canopy Growth Corporation.

AusCann will be importing products from Canopy, its major shareholder, that will be AusCann branded. The products involved are known as AC 5:5, AC 0:9.5, and AC 15:0. The names represent the ratio of tetrahydrocannabinol (THC) to cannabidiol (CBD) in each product, which are used for treating chronic and neuropathic pain.

AusCann says medical cannabis has proven to be an effective treatment in the relief from these conditions, and just in Australia alone presents a $9 billion opportunity.

The two companies are also working towards expanding their arrangement whereby Canopy will also supply AusCann with Spectrum Cannabis, which AusCann will distribute into the Australian market alongside its own products.  Spectrum Cannabis is Canopy Growth’s international medical brand..

Spectrum Cannabis was introduced to the Canadian medical cannabis market last year after already having established a presence in other countries under the Mettrum brand. Its products utilise a classification system simplifying strength and dosage by categorizing medical cannabis according to THC and CBD levels, using a colour-coded guide.

In other news from AusCann, the company says it will build on its medical liaison team, which will educate Australian doctors about cannabinoid medicines.

AusCann says it remains the only ASX listed company at this point with the full set of necessary licences to grow and manufacture cannabinoid medicines in Australia.

Canopy Growth became the first cannabis company in North America to be publicly traded, which occurred in April 2014. It remains the only one to be included a major global stock market index (the S&P/TSX Composite index).