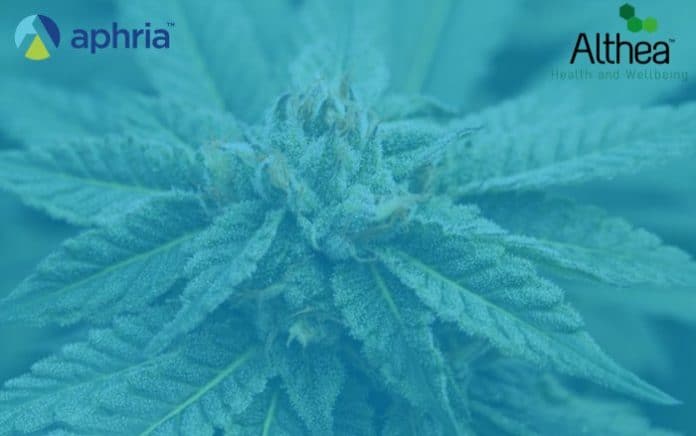 Canada’s Aphria Inc. has announced its first shipment of medical cannabis to Australia’s Althea Company Pty Ltd. has been delivered.

“We’re excited that Australian patients in need will now have access to Aphria-branded pharmaceutical-grade, clean and safe medical cannabis through our valuable partnership with Althea,” said Gregg Battersby, Vice-President, Commercial Strategy of Aphria.

This is the first of four shipments to head our way from Aphria over the next year and the company says each shipment will in increase in volume. As to how much product this first shipment contained wasn’t announced. The initial shipment will be made available for distribution by Althea to pharmacies for eligible medical cannabis patients – of which there are still very few.

There’s little in the way of info on Althea Company on its website. It was established in 2016 and was granted a Medicinal Cannabis Licence from the Australian Government’s Office of Drug Control on the 9th of March, 2018.

In January this year, Aphria  announced that it had signed a supply agreement with Althea and invested USD $2.5 million in the firm; in exchange for 25% shareholdings in the company.

Aphria considers the Australian market represents a key strategic opportunity for the company. There will be certainly no shortage of demand, but legal access still remains very limited and will continue to be in the short-term.

Medical cannabis from Canada is going to be a more common sight in Australia in the time ahead. Yesterday we reported Australia’s AusCann (ASX:AC8) will soon receive finished cannabis oils from its Canadian partner, Canopy Growth Corporation – and will also be distributing Canopy Growth’s Spectrum Cannabis brand here.

Canopy Growth also announced yesterday it will set up its southern hemisphere headquarters in Victoria, a $16 million  hub for cultivation and production that will create more than 200 jobs.

The Australian state of Victoria legalised access to medical cannabis in April 2016.