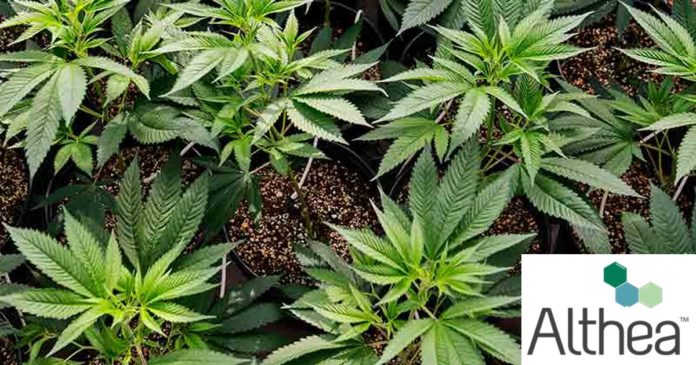 Minimum order quantities under the agreement have a combined value of approximately CAD$1.25 million.

“This agreement with 48North is once again recognition that Peak is becoming a major player in the Canadian legal cannabis market,” said Althea CEO Joshua Feagan.

Peak operates from a 3,716 square metre facility in Ontario, Canada; making products for that country’s recreational and medical cannabis markets. Althea completed its acquisition of Peak Processing Solutions, which was founded by several former Althea employees, in October 2019 for CAD$4.1 million in cash and 6,833,839 shares.

In other relatively recent news from Althea, late last month the company announced it exported its first commercial shipment from Australia destined for sale in South Africa’s medicinal cannabis market. The products were shipped to Althea’s local partner, Africann, which focuses on importing and distribution of medicinal cannabis products.

Althea struck the partnership with Africann in December last year. Overall forecasted sales under the initial 2.5 year term of the agreement are expected to be approximately A$650k.

Althea is a licensed producer, supplier and exporter of pharmaceutical grade medicinal cannabis and currently operates in Australia, Germany and the United Kingdom, with plans to expand into emerging markets throughout Asia and Europe. The company also operates an online service called Concierge that is designed to simplify the process for accessing medicinal cannabis for patients, healthcare professionals and pharmacies. The Concierge service, currently available in Australia, Germany and the UK, has been registered with Australia’s Therapeutic Goods Administration (TGA) as a medical device.

Previous articleScromiting – Cannabinoid Hyperemesis Syndrome
Next articleMichigan Moves On Delta-8 THC
Terry Lassitenaz
Terry Lassitenaz writes exclusively for Hemp Gazette and has done so since the site launched in 2015. He has a special interest in the political arena relating to medical cannabis, particularly in Australia, and addressing the many myths surrounding this incredibly useful plant. You can contact Terry here.
RELATED ARTICLES
News