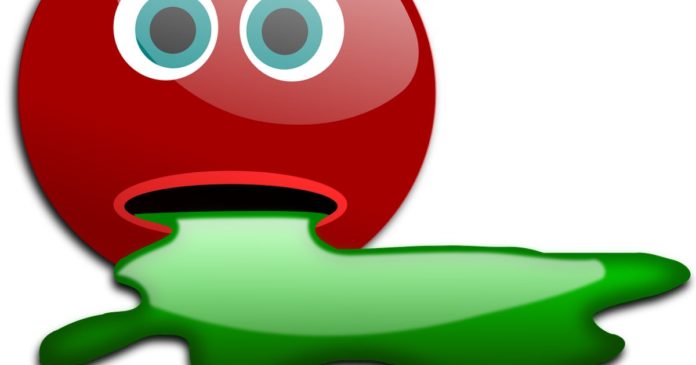 A syndrome that appears to affect some regular users of cannabis is making headlines again  – “scromiting”. So, what is it?

The USA’s NBC news is reporting the case of a young man who presented to hospital 11 times for the same issue: severe vomiting that lasted for hours accompanied by screaming. The teen was a cannabis user.

Scenarios such as this among heavy cannabis users are apparently becoming increasingly common and the condition has a name – Cannabinoid Hyperemesis Syndrome, or CHS. It shares many clinical similarities with cyclic vomiting syndrome (CVS). But more recently it has gained a new name – “scromiting”; which is a portmanteau of screaming and vomiting.

Since we first reported on it back in 2017, aside from the screaming aspect there doesn’t appear to be a lot of new information – but there have been a couple of deaths attributed to CHS. Relief from the condition may be gained by hot baths or showers, but it appears the only “cure” is cessation of cannabis use. Recovery is usually within 2 weeks of stopping use and if the patient takes it up again, symptoms often return.

This is not a new syndrome – there are references to it going back as far as 2004. But what has changed a lot since then is marijuana becoming increasingly potent and accessible for both medicinal and recreational purposes – particularly in the USA.

There can be a fine line between use and abuse – and a related study noted that in those who had suffered the condition, more than 97 percent were regular cannabis users; i.e. at least once per week. Whether those who use cannabis medicinally on a regular basis have been impacted wasn’t clear. That same study established a potential link between onset of cannabis use in the teenage years and symptom onset in the 30’s.

It’s also not clear what actually causes scromiting. The jury is out on whether it is the intoxicating compound THC, the non-intoxicating cannabinoid CBD – or perhaps even something else as there are many cannabinoids present in cannabis. Other factors influencing the risk of Cannabinoid Hyperemesis Syndrome may include chronic stress, genetics, and emotional factors.